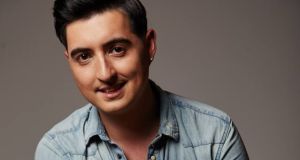 Only time can tell what impact that Covid-19 and the lockdown period will have on a minority group such as the LGBT+ community.

Globally we’re still fighting a pandemic that not only threatens our lives but has forced people into isolation to protect their families, friends, colleagues, and fellow citizens and has seen others bid heart-breaking goodbyes, from a distance, to those they loved the most.

As restrictions begin to be lifted in phases and a ‘new normal’ starts to take place, what will this mean for the LGBT+ community? As we’re all very aware this isolation period has been tough on everyone’s mental health and wellbeing but what has it meant for those in a minority group who were already some of the most vulnerable in society?

Pre-pandemic, studies showed that LGBT+ elderly people suffer much higher rates of loneliness and isolation than their heterosexual peers. This has been linked to various factors such as the HIV/AIDS epidemic where many in the community lost their partners, support systems, and has had a lasting and damaging effect on this subsection of the community.

This part of the community also grew up in a time where homosexuality was a criminal offence and those who ‘came out’, to a much larger extent than today, were ostracised by their families and friends. LGBT Ireland, a national organisation that runs the LGBT Helpline with the support of volunteers, consistently receives high numbers of calls from older LGBT+ people struggling with loneliness and isolation.

These issues are prominently reported from similar helplines globally and are particularly an issue faced by many LGBT+ elderly people living in rural areas.

This pandemic has also had implications for LGBT+ young people who have been forced into isolation with families who fail to accept their sexuality or gender identities. These hostile environments can have negative ramifications on a young person’s safety and wellbeing. Where previously these vulnerable young people could seek temporary relief in work, school, college, youth groups, or safe community spaces, after being compelled into 24-hour lockdown with those they previously sought relief and safety away from, what effect will this, and entering a ‘new normal’ existence, have on them?

Social outlets such as clubs, bars, community projects and groups, where vulnerable LGBT+ people seek out support and social acceptance, were forced to close their doors at the start of the pandemic, leaving people question where can those most vulnerable in the community turn to in these hard times? As restrictions are lifted and new safety measures are put in place while a Covid-19 vaccineation is hoping to is hopefully being developed, what supports are out there for those struggling in the LGBT+ community?

With all this taking place it may not come as a surprise that LGBT Ireland Helpline and similar helplines globally have continued to be under massive pressure dealing with the surge in calls from LGBT+ people seeking out support during this pandemic.

As LGBT+ people in Ireland, we are lucky to have several LGBT+ organisations that strive to reach those most vulnerable in the community, such as Outhouse (Dublin), Teach Solais (Galway), and many others across the country which have had to become incredibly creative in their approaches to support the community.

The Gay Project, which is based in Cork, supports and advocates for gay, bi+, msm, trans, and queer men. It provides weekly events, groups, workshops, and supports, some of which are now available online. Munster Gayze is a digital space on Facebook developed by the Gay Project to share information and memes, make new friends, find out about upcoming events, and general chat for gay, bi, queer, msm, and trans men in Munster. The Gay Project’s weekly social café Queer Vibes has also been meeting weekly online using Zoom which has allowed it to welcome members of the LGBT+ community outside of Cork.

LINC is another Cork-based community resource centre. It currently offers online services such as a Virtual Drop In on Zoom three days a week, an online learning space where community members share, teach, and learn new skills with peers, and online events such as quiz nights. This new digital format has also opened up the organisations capacity to reach and support more women nationwide.

TENI (Transgender Equality Network Ireland) is an organisation set up to support those around gender, gender expression, and gender identity. It provides peer support and social events and also provides information and training for transgender and non-binary members of the community. TENI supports groups nationwide and can offer information about local supports and groups that have now been made accessible virtually.

As we continue to face and adjust to this arduous time in Irish and global history, these organisations and groups, like many others, have adapted and evolved exceptionally to ensure that those most vulnerable have access to important supports.

Covid-19 may have forced them to re-evaluate their services and shut their doors until further notice but, dedicated teams have opened them virtually and continue to welcome in those in need.