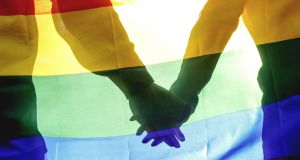 The most diverse companies are now more likely than ever to outperform less diverse ones. Photograph: iStock

The financial crisis, in 2008, revealed not alone the prevalence of groupthink in businesses, but the dangers inherent in it. All of a sudden the traditionally all-male management line up, in which a group of nodding yes-men providing rubber stamping services for the boss, was exposed for what it was, a risk.

It wasn’t the only factor that prompted businesses to rethink the value of greater diversity in the workplace. Competitive factors played a part too. In the war for talent, growing difficulty in securing skills helped move the diversity and inclusion dial too.

Today we take the value of diversity and inclusion as a matter of course but, while much progress has been made, that work is ongoing among some of the country’s biggest employers, including Bank of Ireland.

“We are committed to making Bank of Ireland a place where all colleagues can thrive, and one that is more reflective of our customers and communities,” explains Francis Coll, chief risk officer at New Ireland Assurance and co-chair of Bank of Ireland’s WithPride LGBT+ employee network.

That commitment has resulted in a raft of measures, including a better gender balance target for management and leadership appointments by the end of 2021. But the bank has also taken a number of other steps to help, such as removing minimum education requirements for job applicants and providing unconscious bias training for people managers.

It now has six inclusion and diversity employee networks, including WithPride LGBT+, as well as Gender Balance, Parents and Carers, Multicultural, Intergenerational, and Accessibility.

“Each one has a champion from the Group Executive Committee whose role is to challenge, support and advocate at a senior level and also to help their respective networks deliver on their plan. We measure and track our progress annually through our colleague engagement survey. It’s gratifying to see our efforts recognised externally too, most recently for our LGBT+ employee network at the GALAS Awards,” he says, referring to the national LGBT+ awards.

Diversity and inclusion isn’t only about respecting people, it’s about improving commercial performance.

“The business case continues to strengthen and the most diverse companies are now more likely than ever to outperform less diverse ones. Creating a diverse and inclusive environment where people can be themselves and perform to their full potential will also help us stand out as an employer when it comes to attracting and retaining talent,” he explains.

But while Ireland has made huge strides as a society, you don’t have to go far to realise that there is a lot left to do, he cautions.

“If you ask a member of the LGBT+ community if they feel safe walking down the street holding hands with their partner, an unqualified “yes” is quite rare. Discrimination is not hard to find when I read the news or talk to the LGBT+ organisations we work with. There’s a real risk of becoming complacent and that’s why I think it’s important to have ongoing visibility and engagement on LGBT+ issues,” says Coll.

Bank of Ireland employs around 10,000 employees and serves almost two million customers in communities all over the country. “Ensuring that we positively impact and support our LGBT+ colleagues, customers and communities is core to our purpose. In doing this our aim is to ensure that they can achieve their full potential regardless of who they are, who they love, their sexuality or gender identity,” he says.

Today younger people find it hard to believe homosexuality was criminalised up here until the 1990s.

“It appears for the most part the next generation is very accepting as they grow up with more diversity in society, with variations in sexual orientation the norm. Most people will know someone in their circle who is from the LGBTQ community and I think this has helped in terms of inclusion and acceptability. It is very important that people do not feel pressurised to fit in with society’s conventional ideas of being male or female,” says Rosarii Mannion, the HSE’s former national HR director, currently on carers’ leave.

“There is blandness in ‘sameness’ or living or working within an echo chamber,” she says, pointing out that a reputation for being an inclusive country that respects difference is good for investment too, as well as making Ireland an attractive place to work and live.

“Business is a very big stakeholder in terms of contributing to societal values. Ireland needs to be a gay friendly place for people to live and work,” she says.

“Savvy companies know that by supporting and championing diverse workplaces, they are gaining benefits that go well beyond optics, improving profits and the bottom line. At the moment across the water we see the devastating impact of prejudice and bias which has a corrosive effect on society.”

The overwhelming support for the marriage equality referendum, which passed in Ireland in May 22nd 2015, was a key milestone that showed a more tolerant and inclusive Ireland, she says.

All people want is to feel they are on a level playing field, that the same things are expected of everyone, and that their success will be solely down to their contribution to the team

“The campaign and the outcome engendered a sense of pride, hope and optimism that as a nation we had matured and it opened other important conversations such as the equal rights for children of same sex couples who are currently discriminated against because they are not legally connected to both parents.”

Her work in the HSE gives her insight into the toll exclusion can take on human health too.

“Experiences with discrimination and stigmatisation can lead to a high level of emotional distress, depression and anxiety,” she says, pointing to the LGBTIreland Report, a national study of the mental health and wellbeing of lesbian, gay, bisexual, transgender and intersex people in Ireland, in 2016.

It’s why ensuring an open and inclusive workplace is of critical importance. “All employees in companies have a role in terms of supporting and upholding inclusion policies,” says Mannion. Yet research shows that 17.4 per cent of LGBTQ people have experienced bullying, 21.3 per cent have witnessed bullying and 6.4 per cent have missed or skipped work to avoid negative treatment.

“An employee experiencing any kind of discrimination or exclusion is not interacting with policies but with people, all of whom come with their own personal experiences and biases. Some react with empathy and compassion, others do not,” says Mannion, who says there is a requirement for bystander training or identification of the bystander effect.

“It is the tendency to look away or freeze when unexpected or inappropriate conduct happens, to empower people and make them feel comfortable stepping in before inappropriate behaviour intensifies. This is an area I think needs to be strengthened in organisations, it is important that if members of the gay community feel they are being victimised in the workplace that organisations respond appropriately. We have made progress however there is no room for complacency,” warns Mannion.

At the end of the day, it’s about treating all people with dignity and respect in the workplace, says Karina Howley, head of corporate citizenship at KPMG. “I do think that we have made great advances in business. Every kind of organisation now appreciates the benefits of diversity in its broadest sense, whether age, gender, diversity of thought - they know everybody brings something to the table,” says Howley.

But to build a diverse and inclusive organisation you need to hold diversity and inclusion lens over all your activities, including your external communications. That means everything from the language and imagery used in your recruitment advertising to the panellists in your seminars, she says.

In her experience, no one group wants to be singled out for special treatment. Says Howley: “All people want is to feel they are on a level playing field, that the same things are expected of everyone, and that their success will be solely down to their contribution to the team.”

‘A step on our journey towards accepting everyone’

The launch of Ireland’s National LGBTI+ Inclusion Strategy 2019 - 2021 last November was emblematic of the Government’s commitment to improving the lives of LGBTI+ people in Ireland. Welcoming the strategy An Taoiseach Leo Varadkar described it as “another step on Ireland’s journey towards accepting everyone”.

According to a spokesperson from the Department of Justice and Equality, which is monitoring the implementation of the strategy, its overall aim is to promote inclusion, protect rights and improve quality of life and wellbeing for LGBTI+ people, enabling them to participate fully in Ireland’s social, economic, cultural, and political life.

The vision is for a safe, fair and inclusive Ireland where LGBTI+ people are supported to flourish and to live inclusive, healthy and fulfilling lives, whatever their sexual orientation, gender identity or expression, or sex characteristics.

“The Strategy is a living document, influenced by its context and evolving as circumstances change over the period to the end of 2021,” he said.

Additional funding of €0.7 million was provided in the budgetary allocation for 2020 to support equality and LGBTI+ initiatives bringing the total available to over €0.9 million.

The Department of Justice and Equality has commenced work on some of the actions included in the strategy, including the development of a Civil and Public Service wide LGBT+ Employee and Ally Network.

“The Department is in fact deeply involved in the LGBTI+ space, having launched an LGBT+ Staff Network, in September 2018. Since its foundation, the network has focused on the frequent roll out of initiatives and events to make the Department a more inclusive place for all,” he said.

“This has included lunchtime workshops on how to be a good ally in the workplace, the coming out process, and how to support someone in your life with their journey. Most recently, the start of Pride month was marked by a lively panel discussion on the issues faced by bisexual, asexual and intersex people.”

The culmination of the Network’s work for 2018 and 2019 was the first ever large scale participation of Civil and Public Servants in the Dublin LGBTQ+ Pride parade. Led by secretaries general from across the civil service, over 600 public servants walked in the parade, under the banner ‘Proud to Work for Ireland’ with almost all Departments and many agencies represented.

This year the Department sponsored the Noel Walsh HIV Activism Award for outstanding work in the Irish HIV and AIDS sector at the 2020 GALAS Awards “and will endeavour to continue to support Pride and LGBTI+ NGOs in their important work, whatever format that may take in the future,” he said.