The lack of affordable housing in the capital is a problem for companies in attracting staff, but the situation is slowly improving, say experts 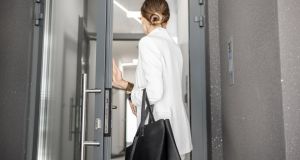 The depth and scale of Dublin’s accommodation crisis and its impact on business became clear in September when Google chief executive Sundar Pichai said his company would be willing to consider subsidising housing if it made sense for Google and was “the right thing to do”.

The idea of a company like Google intervening directly in the marketplace to find accommodation for its growing workforce set the alarm bells ringing even louder than they had been. But there are conflicting views on the full extent of the crisis.

House prices are falling in Dublin. I’m not saying the situation is good but taking a forward view, earnings growth has outstripped house price inflation

“I take a view which is not necessarily mainstream but I believe it is more logically sound than some of the louder voices out there,” says Savills research director John McCartney. “I would argue that housing is actually becoming more affordable at the margin. For example, if a couple of young professionals are earning €50,000 each, which is quite a reasonable assumption in today’s market, and they each get a 5 per cent pay rise, that will give them an extra €2,500 after tax to put towards a house if they put it into savings. The extra €5,000 in gross income will also enable them to borrow an additional €17,500 under Central Bank rules limiting mortgage borrowings to 3.5 times gross income.”

“House prices are falling in Dublin,” he says. “I’m not saying the situation is good but taking a forward view, earnings growth has outstripped house price inflation. It’s what’s happening at the margin where affordability is improving. The amount of money people can deploy is increasing at a time when house prices are falling. There is more inflationary pressure in the labour market than there is in the housing market. What is absolutely clear is that house price inflation has slowed considerably since 2018, when it was 13 per cent. It is now at zero in the Dublin area. This is due to supply catching up with demand.”

Sherry FitzGerald Residential managing director Marian Finnegan takes a different view. “The problem is presenting challenges for the Irish economy and its continued growth,” she says. “Ibec has said the housing crisis is one of the biggest challenges to business and our ability to attract FDI will be impacted. There is 400,000sq m of office space under construction in Dublin at the moment. All of the people who go to work there will require places to live.”

While Dublin is not cheap, it is still cheaper than London or Paris. We don’t see it affecting the ability to attract talent at the moment

She says solutions are needed, and quickly, with the direct intervention by employers being among them. “If you are a big employer looking to expand your workforce it is an obvious decision to make. That’s fine if you are on a big salary and working for Google or another company like that. But people are working in all areas of the economy and all sectors. The good news is that the Help to Buy scheme is being continued but we need to look at why private investors are leaving the rental market.”

Paul McArdle of recruitment agency The Panel takes a nuanced view when it comes to employers providing accommodation. “It needs more joined-up thinking. The only employers doing it are maybe the hospitality sector, which might have something already in place off the hotel, or big multinationals like Google looking at buying residential space. Some big multinationals rent accommodation for executives as part of ex-pat packages. There is accommodation out there, but it is expensive, and it is a question of managing expectation in terms of the location. I don’t believe subsidising accommodation will help. It just forces prices up.”

Lack of options in Dublin may actually have some positive effects, according to Fergal O’Sullivan of specialist not-for-profit recruiter 2into3. “Not too many non-profits would be able to help with accommodation costs. But we’ve just recruited for a CEO for an approved housing body in Kildare. We got a large response to the ad from people who liked the idea of not working in Dublin. There is a flip side and organisations outside of Dublin may find it easier to attract people.”

Andrew Lynch of Mason Alexander recruitment agency is more sanguine than most. “We do a quarterly comparison and while Dublin is not cheap, it is still cheaper than London or Paris. We don’t see it affecting the ability to attract talent at the moment. I haven’t seen any examples of people not coming here because of difficulties with accommodation. A lot of people are happy to live in the commuter belt, particularly if they come in from overseas. It is pushing some new companies out of Dublin to other cities and that’s good for the country.”

Employers don’t really have to do anything. The housing crisis is on its way to being resolved

That’s not a view shared by TCD economist Ronan Lyons. “It is very much an issue for firms. They’ve already been dragged into owning their own buildings and they tend not to do that except when it is the global headquarters. It does tell you how bad the problem is when you hear about employers thinking about it.”

He points to the latest survey by expat social community InterNations, which ranked Dublin as the worst city out of 82 around the world to find a place to live. “Dublin is getting a reputation for that and it isn’t what we want. It will make getting new jobs into the city more difficult.”

He agrees with McCartney that the owner-occupier market is improving but rental still presents a challenge. “We are turning out enough homes for people who are able to save a deposit and afford the mortgage. That is completely different to two or three years ago. The rental sector is two or three years away from reaching that point. The social housing sector is a long way from getting there. The accommodation crisis is not going to end any time soon, unfortunately.”

McCartney is more optimistic. “Rental inflation is also slowing by all available measures,” he says. “The Daft figures show an increase of 3 per cent and you get stories about it being a disgrace that rents are at an all-time high and rising. The real story is that they were rising at 13 per cent a while ago and that has now come down to 3 per cent. Employers don’t really have to do anything. The housing crisis is on its way to being resolved.”