Most sectors had year of strong M&A activity

Political polarisation and economic uncertainty will impact but growth predicted 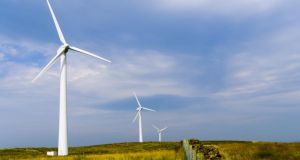 “There was a lot of interest in anything that could be broadly classified as infrastructure – energy, wind farms, telecoms.”

In what is perhaps an indication of the overall strength of the Irish economy, M&A activity was strong in almost every sector during the past year. “Unlike other years there has been a strong performance across the board,”says Michael Hussey, Davy associate director. “Technology has been the top sector with a number of high profile exits during 2018. Business services stayed pretty strong. Financial services came back strongly with insurance very strong after being quiet for a number of years.”

The traditionally strong food sector was a little more subdued, he adds, possibly due to a Brexit effect. “On the branded and consumer foods side, companies like the Kerry Group and Glanbia have continued to buy.”

That analysis excludes one stand-out deal, however. “In value terms 2018 was a record year for Irish M&A with just shy of $100 billion of transactions executed, though the figures are skewed by Takeda’s $78 billion acquisition of Shire”, Dennis Agnew, corporate partner with Pinsent Masons, points out. “Excluding that transaction, values actually declined by around $7 billion to almost $19 billion. Volumes were flat at around 250 recorded transactions. Dominant sectors included pharmaceutical and biotech, even excluding the Shire deal, financial Services driven by ongoing consolidation in the insurance sector, technology and consumer products.”

One area singled out by Owen Travers, AIB Corporate Finance managing director is infrastructure. “There was a lot of interest in anything that could be broadly classified as infrastructure – energy, wind farms, telecoms. We advised Greencoat Renewables on their acquisition of Coillte’s wind farm assets. We also advised on the Imagine Telecoms sale to Brookfield Canadian investor. A number of large global infrastructure funds are operating in Ireland now and we expect that to continue.”

Infrastructure also includes the broad healthcare sector with 2018 seeing the sale of the Mater Private Hospital to French fund Infra Via as well as a number of nursing homes changing hands.

Michael Hussey explains that healthcare tends to be classified as infrastructure because demand for the service is quite predictable and the businesses tend to be underpinned by property assets. “We have seen good activity on the nursing home side. This is an interesting sector. There was a lot of investment in the nursing home and childcare areas in the mid-noughties and a lot of operators became property owners.”

They ran into predictable difficulties following the crash but continued to trade because of the nature of the asset. “The balance sheet issues were not addressed at the time as the buyers weren’t around to unlock the valuations. The banks have come back in as funders and we have seen the arrival of infrastructure money as well. The infrastructure funds look for a lower rate of return because of the long term confidence in the performance of the business or sector invested in. There is strong underlying demand right through cycle.”

The food sector has also seen some noteworthy activity, according to Richard Duffy, corporate finance director with BDO.

“Within the agri-food sector, deal activity has been driven in part by the need for market consolidation in certain sub sectors such as foodservice and for others they are seeking to diversify and develop an international footprint, looking for new customers and markets. There have been some notable cross border deals from leading Irish players such as Kepak, Liffey Meats in the UK and France respectively, along with the merger between Lakelands and LacPatrick. There is no doubt some of the aforementioned deals are seeking to mitigate in part, any postBrexit impact.”

“These volumes were buoyed by a string of mega-deals in the pharma, energy and technology sectors. From an Irish perspective, activity levels were also very strong. We saw consolidation in certain sectors where companies expanded into new territories, service offerings or sought to capture market share. We also saw continued interest in Irish businesses from international acquirers, and larger Irish companies expanding into foreign geographies; the majority of deals which we, in Deloitte, are now involved in have a cross-border angle.”

Shareholder activism and private equity have been features of the global market during the past year, according to Geoff Moore, partner in M&A department in Arthur Cox. “Globally, it is worth noting that shareholder activism has continued apace, with a large number of companies monitored by the leading activist players such as Starboard, Carl Icahn and Elliott Management. Activism has continued to influence global M&A, whether acting as a catalyst for announced deals or a challenger to them.”

Looking ahead to 2019, the KPMG M&A Outlook report also predicts technology, healthcare, food and agribusiness to again be the most active sectors consistently attracting global interest.

Owen Travers believes domestic activity will, at least in part, be driven by consolidation. “In general, consolidation needs to happen in a number of sectors such as retail and that includes pharmacy. There are a number of incumbents with the financial strength to acquire companies. You can expect consolidation in any sector with too many players. In the brewing and spirits sector, for example, many of the smaller players will struggle to gain access to wider distribution for their products.”

Jan Fitzell expects continued M&A activity in the traditionally strong technology, business services and food sectors as owners take advantage of strong valuations and robust demand from acquirers. “Ireland’s reputation in these areas remains strong and international buyers are continuing to respond positively to opportunities that are brought to them. 2019 should also see the continued deployment of private equity capital and private equity firms seeking to assist their portfolio companies through bolt on acquisitions, expanding into new geographies and product areas.”

Richard Duffy adds, “the global outlook for 2019 looks set to be similar to 2018, namely that there is great promise given the underlying fundamentals of cash availability and still relatively low interest rates, but this is tempered by political polarisation and economic uncertainty.”