Mergers and acquisitions: full steam ahead

With Brexit, US and domestic uncertainty retreating, 2017 looks promising for M&A 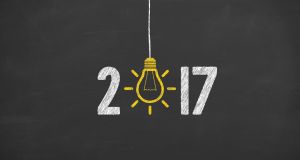 Irish firms have come through the recession. They are fairly lean and are looking at M&A opportunities with competitors.

The signs are that it will be very much business as usual for mergers and acquisitions activity in the coming year now the markets have absorbed the shocks of Brexit and the US presidential election result. “The outlook is mainly broadly positive,” says KPMG head of transaction services Mark Collins. “We conducted a survey recently among more than 100 M&A executives and advisers, and 81 per cent of them feel that M&A activity will be at the same level or above that of 2016.”

He says 2016 was an odd year in some respects. “It started well and then dipped due to a number of factors; we didn’t have a government for a number of months in this country; then there was Brexit; and after that we had the result of the US presidential election. These three factors dampened enthusiasm for M&A. But then we had the Greencore, Fyffes and Avolon deals and the year ended very strongly. This has carried on into 2017 and people say the deal pipelines are strong.”

BDO corporate finance partner Katharine Byrne is in broad agreement. “The year 2017 is expected to be similar to 2016 in terms of volume of activity but larger deals will increase as buyers will be focused on more transformational deals,” she says. “Smaller businesses are more likely to be adversely affected by the market’s volatility.”

Having said that she points out to strong funding availability as a further positive factor. “The significant number of private equity funds now active in the Irish market as well as alternative debt providers mean access to funding is not an issue for mid-market transactions.”

Anya Cummins, head of M&A with Deloitte, also shares this positive view. “Overall we’ve seen a strong start to 2017 and have a positive outlook for M&A for 2017,” she says. “We’re seeing demand from Irish corporates, both small and large, and are helping a number evaluate acquisition opportunities internationally as a means of driving accelerated growth. We’re also seeing businesses across a range of sectors considering their plans for either equity capital raising or ultimate exit; and looking carefully at how they can position themselves to prepare for a transaction and maximise their valuation.”

The latest EY Global Capital Confidence Barometer confirms this trend and finds a near-record 57 per cent of companies surveyed actively pursuing acquisitions in the next 12 months, pointing to an increase in M&A activity globally in 2017. However, the type of deal being done is quite different than in the past, with joint ventures, alliances, partnerships and different types of mash-ups all on the table.

Closer to home, EY Ireland corporate finance partner Graham Reid sees a number of areas where activity could be strong in the coming year. “There is increasing interest in the UK,” he notes. “It’s a big attractive market and, if sterling stays down, companies will want to buy into the UK to secure supply chains. Last year was very quiet for IPOs from an Irish corporate perspective and 2017 looks to be as difficult. However, there might be some windows that will open for certain companies like AIB and Eir. Sectors like food and food manufacturing broadly, where Ireland is very strong, will continue to look at acquisition opportunities overseas while the tech sector in Ireland will be attractive to overseas buyers. We will see infrastructure starting to come through in 2017 and we are bringing a partner back from Australia to look after this area.”

Capnua managing director Eamonn Hayes believes businesses are just getting on with it. “Geopolitical uncertainty has become the norm and companies have to deal with this,” he says. “The market as a whole is busy at the moment. We are seeing a number of consolidation deals starting to come through in the Irish market. These had gone missing for a while. These firms have come through the recession, they are relatively lean and they are looking at opportunities to acquire or merge with competitors to consolidate and achieve scale.”