With Dublin at capacity, there are calls for the funds industry to spread out to regional hubs, bringing career opportunities and enhancing quality of life for employees 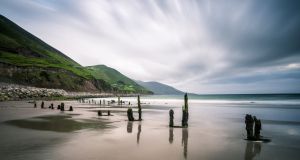 “From my point of view, being based in Kerry is great.” Photograph: iStock

The funds industry in Ireland continues to be a significant economic player, providing direct employment to more than 16,000 people and generating €837 million in taxes to the State, according to figures from the latest Indecon report. While the majority of the action is taking place in Dublin, with more than 11,000 positions held there, significant financial services hubs have developed in Cork, Limerick and Kilkenny as well.

“There is huge potential to build these regions out further,” says Marilyn Cooney, senior associate in the investments group at Pinsent Masons (Ireland). “It would appear that all the main focus in terms of attracting investment in this country is biased towards the eastern region, particularly Dublin. The Government needs to consider a policy where infrastructure is put in place to make other regions more attractive.”

One aspect of building regional hubs involves connecting with regional third-level institutions to provide a source of talent. “Connections with regional universities are extremely important if we want to dispense with the perception that you need to be based in Dublin or London in order to pursue a career in the funds industry,” says Cooney. “If there is a viable regional alternative to obtain a relevant third-level education, suitable for a career in the funds industry, aligned with realistic job prospects afterwards, it is likely that more people would be inclined to remain in those regions.”

Regtech company ViClarity is based in Kerry and work closely with fund management companies both in Dublin and regional areas. The benefit of close connections with third-level institutions in the area is invaluable, according to business development manager Neil O’Sullivan. “We are based in the technology park in Tralee, and right next door to us is IT Tralee,” he says. “It’s a real benefit because we are first in the queue for new graduates, so if we need business analysts, project managers, or people for sales and marketing we have some incredible talent on our doorstep.

“From my point of view, being based in Kerry is great,” he adds. “We have flights to Dublin so our customers there don’t feel disconnected. I’m up there two or three days a week, and I can easily get up and back in the same day if needed. I have a house bought in Kerry, but if I was based in Dublin I’m not sure if I would be able to do that.”

As a spread to the regions continues for tech start-ups and FDI businesses in Ireland, employee quality of life is repeatedly cited as a reason for setting up outside the capital. “Issues such as the cost of living in Dublin, the housing crisis, and school places play a big role in this debate,” says Cooney. “Dublin is over capacity and many two-income families on good salaries struggle to find an affordable house within a reasonable commute to work. Highly educated people with well-paying jobs are frustrated and feel like they have done something wrong because they cannot afford a semi-detached three-bedroom house in Dublin. The regions have the potential to address these issues but require the necessary investment and support in order to ensure they can offer the right types of housing and infrastructure.”

As well as infrastructure, initiatives to encourage networking and conferences play an important part in promoting regional growth moving forward. “The prospects for regional development over the next five years are great, though it depends on what industry and Government initiatives are put in place around this,” says Cooney. “Last year, Irish Funds held roundtable events with business leaders, politicians and other industry participants in seven counties across the country. The purpose was to highlight the positive impact the industry is having in terms of both employment and economic contribution throughout the country. We need more examples of this to ensure a continued rigorous focus on building out these regions.”

Sustainable investing gets the green light

Building a portfolio: why infrastructure is ‘flavour of the month’

Switch on the power of technology