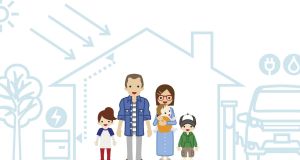 “We want to see people make the move from F to B2, but it is better and easier to do it in small steps.” Photograph: iStock

The government has set ambitious targets for the energy efficiency of Ireland’s housing stock which, if achieved, would see half a million homes being upgraded from an F energy rating to B2. While this is obviously a worthy goal, there are question marks over its achievability.

“The Government has a view that it wants everyone to take multiple measures together,” says Peter Campbell, managing director of Energlaze Home Energy Upgrades. “It wants everyone to move to B2 rating. Of course, you will get some people willing to take all the measures in one go but I don’t believe the large majority of people will do that, even with large grants. We want to see people make the move from F to B2, but it is better and easier to do it in small steps.”

Cormac Mannion, energy services manager with Energia, agrees. “When people start off, they look at the low-, medium- and high-cost solutions and look to get the biggest bang for their buck,” he says.

“A lot of homes haven’t got the basics, so you can start by getting the attic insulated, getting a timer on the immersion, and so on. You can get even greater benefits from fully integrated heating controls if you split the upstairs and downstairs and separate heat and water. Modern boilers are 96 per cent efficient as opposed to ones which are 10 years’ old or more, which are only 70 per cent efficient. The payback for replacing that can be just three or four years.”

And there are even simpler things to look out for, according to Mannion. “Ireland has a temperate climate which isn’t that cold, yet our homes can be quite cold – that is because it is windy and this creates a chill factor. Sealing up the draughts can make a big difference.”

The same goes for heavy curtains, which add an extra layer of insulation to rooms in winter.

The next thing Mannion points to is home appliances. “This is another one people don’t think about,” he says. “When choosing new appliances such as washing machines or dishwashers, you should look for the ones with the better energy ratings. These appliances have a reasonably long life of 10 years or so and the savings you make on power usage over that period will more than make up for the higher initial cost. People tend to look at the price tag rather than what it’s going to cost them to run over 10 years or more. Making informed choices when changing appliances can make a huge difference.”

Next up in the hierarchy is insulation, according to Campbell. “If your home is not well-insulated, your boiler is working extra hard to heat it,” he explains. “If you’re lucky enough to have cavity wall, it’s easy enough but solid walls need external insulation which is more expensive and takes two or three weeks to do. Internal is more expensive again and very disruptive. If you are lucky enough to have good window frames, you can just upgrade to the latest glass.”

Moving up the scale are renewable energy systems such as a heat pump, but this is not without its difficulties. “The problem with a heat pump is that it means the house has to be air-tight and that probably means you need a mechanical ventilation system and that can be disruptive to install,” Campbell points out. “It doesn’t produce enough heat to meet Irish expectations. The radiators are not hot to the touch, but the system still heats the room up over time, but only if the house is air-tight.”

That doesn’t mean there isn’t scope for renewables. “You can have solar PV for electricity and solar panels for hot water,” Campbell adds. “A solar system will probably produce up to 70 per cent of electricity needs if you put in a battery. Hopefully, as we move to electric vehicles, we will see even more of that. But people will have to understand it is not going to meet all of their power needs. Average household consumption is 12kw per day. And an EV uses 40kw per day. A good solar system will produce about 20kw and some of that will go into the car.”

“The grant is a pilot scheme and will be reviewed at some stage so if people are thinking about it, they should act quickly,” he advises.

He believes the grants are important but should be more widely spread. “There should be grants towards everything you do,” he says. “All the small steps to get to B2 should be supported individually. A series of nudges rather than one big push is what will get people there.”