How Ireland’s food industry is staying ahead of consumer trends 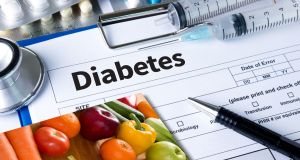 Microwavable porridge pots, cheese strings, cream liqueurs and Kerrygold butter are all examples of Irish food and drink industry innovation and each in their own way have proven to be the biggest thing since the sliced pan, itself possibly the original food innovation.

They also demonstrate the critical role played by research and development (R&D) in the food sector.

And in some cases, the R&D might not even involve the creation of a new product. Butter is butter and Kerrygold is no different. The innovation that underpinned that massive global success story was all about the marketing of a quintessentially Irish product – wrap it in gold foil and give it a romantic name to get people around the world to share our love for it.

“Social changes in the way we work and live; the rise in urbanisation, changing dietary and shopping habits, global supply chains and distribution channels are all contributing to increasing the size of the prize for successful food and drink innovators,” says Dr Peter Robbins of DCU’s Business School. “But, equally, the complexity associated in finding the innovation sweet spot has never been higher.”

He cites a number of promising and quite interesting growth areas which offer attractive returns for innovators. “Top of this list is the development of healthy versions and the underpinning of brands with authentic and compelling health claims,” he says. “But they are also busy with ‘free from’ projects such as allergen-free, gluten-free, and non-GMO products. Companies are also investing in plant-based products and locally grown or provenance stories. Then there is the trend towards organic and ethnic. Finally, a new trend emerging is for cannabis-infused foods.”

Individualised nutrition is another potentially rich vein to be tapped. “There is a rich and evolving body of research on the impact of nutrition on health showing that the right diet can both prevent and sometimes even reverse disease and because our individual biology is unique, the potential for personalised nutrition is enormous,” he says. “This is just one global innovation opportunity that can only be unlocked by rigorous science and R&D.”

The Irish dairy sector has not been slow in exploiting the opportunities presented by nutrition and wellness trends, according to Miriam Ryan, head of specialised nutrition with industry representative body Dairy Industry Ireland. “As a country, we have earned our stripes as a primary producer with excellent products like Kerrygold and so on. What’s important to stress is that the industry is constantly engaged in research and development to derive every bit of value possible from the basic product.”

This has led to Ireland earning a global reputation for the production of infant milk formula (IMF), specialised food ingredients, and sports protein products and other specialised nutritionals. “The industry has developed a range of high value-added food products for consumer markets around the world,” says Ryan. “This ranges from infant formula to products for elderly people who require fortified food supplements.”

“It’s the same as any industry,” Ryan adds. “We have to make sure that R&D is tip-top and ahead of the curve. It is vitally important for the Irish industry to be at the forefront of technical and product innovation.”

But there is little point in developing new products if consumers don’t want to buy them. “A lot of organisations are manufacturing-led and we are trying to help them become more responsive to consumer needs,” says Helen King, director of strategic insight and planning with Bord Bia.

Her organisation has been working with the Enterprise Ireland industry research centre Food Health Ireland to add market understanding to its technical expertise. “One of the areas we have been working on is maternal nutrition in Asia. This won’t be seen on the shelves in Ireland. We have been asking what mothers in Asia need during pregnancy for their own health and their baby’s health and developing products to meet those needs.”

Closer to home she points to the trend towards plant protein. “We worked with Loughnane’s of Galway which is primarily a meat company. They developed a vegan product range called Eden.”

And it needn’t be an entirely new product. Innovation is often renovation, she notes. “Flahavan’s are really good at that,” she says. “Porridge is just porridge, but they zoned in on the health and wellness trend and started extending their range. They were one of the first to bring in microwaveable pots. They brought out kids’ porridge. They added granola to the range, and they are now looking at oat milk now. It’s about staying ahead of the curve.”

That consumer-led innovation process is assisted by Bord Bia’s Thinking House, an innovation and idea generation space hosted in the organisation’s Dublin HQ. “Eight out of every 10 new food products globally are gone from the shelves within six months of launch,” says King’s colleague Rory McDonnell. “We want to improve that strike rate with the Thinking House.”

McDonnell points to a recent success story. “We worked with Irish Distillers on the development of the Jameson Caskmates product. It’s aged in beer casks supplied by the Franciscan Well brewery in Cork. We looked at the concept with consumers to see if it was viable. This is a great example of getting it right in the drinks world.”

Having the right product is just part of the story. Innovation has to extend into its marketing, according to Sinead Furey of Ulster University Business School. She carried out research into the impact of sales promotions on food purchasing patterns in the Republic of Ireland with some interesting results for the food sector.

“We found that the dietary advice food pyramid was turned on its head by in-store promotional activity,” she says. “High-fat, high-sugar, high-salt foods were the most promoted and our research found that consumers were influenced by this.”

Also in Future of Food

How Ireland’s food industry is staying ahead of consumer trends

Preparing the next generation of food innovators