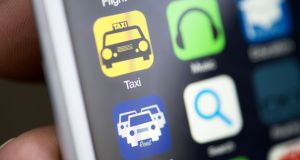 Back in the days when taxi licence plates could cost as much as a house, who would have thought the industry could be disrupted by a free app? And the “Uberisation” of other industries is gathering pace, whether it’s hoteliers losing out to AirBNB or car park owners losing out to ParkPNP.

From banks to record companies, change is about the only certainty left. The best way to respond to that is by cultivating a “learning environment”, that is, one whose staff is resilient, agile and innovative enough to cope.

This requires a change in mindset for employers and employees. “In the past someone who had a Master’s degree in accountancy might think, “job done”, on the learning front. Such a view is no longer fit for purpose,” says Gerard McDonagh, a director at accountants PwC.

“It’s not the job that people need to think in terms of anymore, but the bundle of skills they carry. With advances in robotics and automation and digital, you can’t just say I’m an accountant so I don’t need to push myself further. It doesn’t work like that. The best way to protect yourself, and the best way for an organisation to protect its workforce, is to develop ability and adaptability and to reskill. If you don’t, you will get left behind,” says McDonagh.

The “gig economy” will grow, demanding both individuals and organisations to be more fluid and flexible, increasingly through project work, he says. PWC already has a “talent exchange”, an online marketplace where skilled people outside the organisation can apply to work with it on a project basis.

But just because organisations can tap into such talent exchanges doesn’t mean they don’t also have to invest in training and development internally. They do.

“Employers have to be really committed to training and development because Millennials want it. They want mentoring, they want strong development initiatives and they want to be ‘accelerated’. If not, they will go elsewhere,” says McDonagh.

The reason for this thirst for upskilling is because employees too are aware that their “bundle of skills” is their surest guarantor of future income. For businesses training and development should not be seen as a cost but an investment, not least because the cost of staff turnover is so high.

“We estimate the cost of losing key staff is equivalent to 18 months pay, when you consider the cost of hiring, the recruitment process and the time taken by the new person to get up to speed,” he says.

Performance appraisal systems have a role to play in creating a learning environment too.

“There has been a move away from the old-style performance appraisal undertaken annually, which is bound up in salary talks, to a 30/30 piece, whereby employees get 30 minutes of feedback every 30 days that is not connected to pay issues. It is always future focused and it works really well,” says John Ryan, chief executive of Great Place to Work.

This is important because Irish organisations score poorly with the Great Place to Work award scheme in terms of managing poor performance.

“It is because in Ireland we are not good at handling difficult characters, we tend to just back off and leave them alone. But if you do that, your good people will leave,” says Ryan.

The 30/30 review can help, but only if it has a strong learning model behind it, he says. Increasingly, this means training and development delivered “in the moment”, frequently and in bite-sized chunks, often online.

Equally important is enabling people to gain exposure to new areas and build up interdisciplinary skills.

“It’s about developing plasticity within the workforce, firstly because people get bored. And secondly, because organisations don’t know what the future holds so they need a workforce that can adapt and be flexible,” says Ryan.

In the old days, the kneejerk response of an organisation faced with change would be to undertake a round of redundancies and then hire in new skills. In a tighter labour market – where it’s important to be seen as an employer of choice – that’s less likely to happen. “So employers have to embed this culture of lifelong learning and constant development within the organisation,” says Ryan.

“And that’s 100 per cent a good thing for employees, because it protects workers, and it is good for businesses too because it enables innovation. Innovation is a muscle in your brain that has to be developed and trained and practised. It’s not just something you either can do or you can’t. It’s why that learning piece is now a constant in organisations.”

It’s also what Millennials want. “By holding people in one role you will lose them, they will get bored and move on. But if you move them into a new role, if you challenge them, they appreciate it,” says Conor McClafferty of search firm Merc Partners.

“You could be a qualified accountant who is moved into a strategic role, for example, and be challenged that way. The key is for the organisation to recognise your talent and seek to cultivate it.”

If Ireland is to foster a strong learning environment for its workers, it has some catching up to do. “Irish participation levels in life-long learning among 25 to 64 year olds is 6.7 per cent,” says Justin Rami, head of DCU’s Further Education and Training Research Centre. “In Denmark that figure is 31.7 per cent.” Exploring low cost, short timeframe options such as Skillnets, a provider of subsidised training schemes, could help employers.

“Don’t build a career ladder but a career lattice,” she says. “Don’t be afraid to take a side step across from one side of a business to another. What we want is for people to be much more global, to look at where the opportunities are and to be prepared to move across to them.”

In some ways the rise of the learning organisation goes hand in hand with the demise of the job for life. “When I started in financial services, things were very different, now there is no such thing as a job for life, and the millennial workforce doesn’t want one,” she says. “In the past people would see a move as making them vulnerable in relation to their career. Now they see it as creating opportunity.”