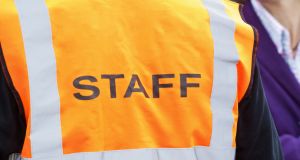 A source of upward cost pressure on the airline industry is labour. Photograph: iStock

Among the key trends in the global aviation finance industry has been the eastward tilting of the axis. While Ireland remains the leading location for the industry, ownership has seen a pronounced shift. Asian lessors have been caching up on the American and European leaders quite rapidly in recent years.

Back in 2007, the only Asian lessors of note were Changjiang Leasing and ORIX Aviation. Today, five of the world’s top 15 aviation lessors are Asian while another – Macquarie AirFinance, is Australian.

Much of their growth has been achieved through aggressive acquisition strategies. For example, HNA Group, which acquired Avolon for €2.3 billion in 2015, merged it with its own aircraft-leasing arm, Hong Kong Aviation Capital, and later acquired CIT’s aircraft-leasing arm for €8 billion to create the world’s third largest lessor. In 2012, SMBC Aviation was acquired from Royal Bank of Scotland by two of Japan’s biggest companies – Sumitomo Mitsui Financial Group, owner of Sumitomo Mitsui Banking Corporation, and Sumitomo Mitsui Finance & Leasing Co Ltd for €6.5 billion, making it the largest ever sale of an aircraft leasing business at that time.

The big are likely to keep getting bigger in the aircraft leasing world as the main players continue to grow through acquisition. The rash of takeovers by Chinese and Far Eastern companies was followed last year by the acquisition of AWAS by DAE. “It is likely that there is more consolidation to come,” says KPMG partner Tom Woods.

It may sound quite innocuous but International Financial Reporting Standard 16 could have a profound impact on the global aircraft-leasing industry. Respondents to a Deloitte survey on the topic indicate the influence of the new standard will extend far beyond financial reporting concerns, with 59 per cent of airlines believing the standard will have a significant impact on their business.

The technical change involved is that airlines will now have to recognise future lease payments as liabilities on their balance sheets. This threatens to change at least some airlines’ approach to fleet planning or how they structure their leases. Overall, 90 per cent of airline and 74 per cent of lessor respondents said they would need to renegotiate existing leases as well as create new standard terms.

This could be a cause for concern for the leasing industry but only time will tell if the new reporting standard will have a significant impact on leasing volumes.

The growth in aviation leasing is based on air travel growth and increasing airline profits. However, these profits could be squeezed by a combination of rising costs in different areas. Oil, which was trading as low as $35 per barrel just a few years ago, is expected by many commentators to hit $70 quite soon. This will increase costs for airlines and at a time of intensifying competition they will find it difficult to pass the increase on to customers.

Another source of upward cost pressure is labour. With Ryanair now recognising trade unions, it is almost inevitable wages and salaries will increase at the airline. This could have a knock-on effect across the industry, with other groups of staff seeking parity with their Ryanair colleagues.

The other potential cost-increasing factor on the horizon is interest rates. Currently at historic lows throughout the developed world, increases are expected sooner rather than later from both the Federal Reserve in the US and the Bank of England, while rises from the ECB are expected to follow should inflation take hold in the eurozone. This will naturally increase the cost of aircraft finance, with a potential dampening effect on business.