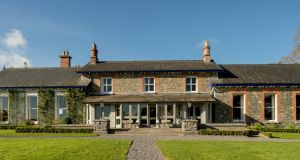 Is the office Christmas do done for?

Splashed out a fortune on the office Christmas party? Might be time for buyer’s remorse. According to a new survey, only 21 per cent of people actually look forward to their work do. Respondents said they’d much prefer a hamper, a discovery not to be dismissed just because the survey was commissioned by a hamper company – 25-year veteran Town and Country Hampers. Of more than 550 people surveyed by the Cork-based company, which offers a countrywide service, an unequivocal 90 per cent said they’d prefer a hamper at Christmas than to have to brave the corporate mistletoe. Just over one quarter, 28 per cent, said they actually dread the party, while more than half, 51 per cent, admitted to feeling “indifferent”. Only 21 per cent said they looked forward to it. Is it time for a rethink?

Blue Book aficionados got an early Christmas present with the news that the 2018 edition of the iconic hotel marketing group is adding four new properties to its guide next year. These include Castle Grove Country House, a 250-acre estate on the shores of Lough Swilly in Co Donegal; five-star Glenlo Abbey hotel on Lough Corrib in Galway; and celebrity chef Richard Corrigan’s Virginia Park Lodge in Co Cavan. Also new in this year is private rental property Killadangan House, a restored Georgian property overlooking Clew Bay, Co Mayo.

The additions bring to 53 the total number of properties in the collection – an accommodation bible for many – the highest since the Blue Book Association was founded in 1974.

Incidentally, if you’ve always promised yourself a stint on the Orient Express but keep missing the train, book a seat in the Pullman Restaurant at Glenlo Abbey – it’s set in two original Orient Express carriages on the hotel grounds.

For bragging rights among Dublin’s eateries, nothing beats Assassination Custard right now, the tiny foodie paradise with the big – and growing – reputation. Located on the junction of Dublin 8’s Kevin and Heytesbury Streets, chef patrons Gwen McGrath and Ken Doherty can fit just two tables – and eight chairs. But for serious gourmands the fact that space is at a premium only adds to the allure of what is possibly the capital’s most zeitgeist-y cafe. Whether it is the daily changing menu written on the back of an envelope, jars of relish made from donated windfalls – with proceeds going to charity – or the owners’ children’s art works pinned to the counter, this pair can do no wrong. They even featured in Electric Picnic’s Theatre of Food, where they were referred to as Dublin’s “iconoclastic duo”.

Doherty gained his stripes in much-loved veggie restaurants Cafe Paradiso and Cornucopia, while McGrath earned her chops in sophisticated Ely and fine-dining restaurant Dax. Together, they’ve created a lunch menu with southern Italian and Middle Eastern flavours – amazing vegetarian dishes quirkily interspersed with hard-core carnivorous fare such as, perhaps, tripe or lamb’s heart. Or just pop in for fresh-baked cakes and great coffee – and what’s a queue only the physical manifestation of anticipation.

If you thought burgers were the definition of fast food, think again. At the entrance of BuJo, the new burger joint (see what they did there?) on Dublin’s Sandymount Green, you’ll see the names of all its craft suppliers writ large. These include Angus and Hereford cattle farmer Jimmy Hennessy in Charleville, Co Cork; Bogue’s rare breed Hampshire pigs in Ballyjamesduff, Co Cavan; and bespoke brioche buns from Coghlan’s Bakery in Newbridge. The drinks get the slow-food flavour too, with beers from craft brewery Wicklow Wolf; Dan Kelly’s Irish Craft Cider from Stameen, Co Louth; and wines from WineLab in Clane, Co Kildare, Ireland’s first and only wine-on-tap specialist. All this emphasis on premium suppliers is the work of culinary director Grainne O’Keefe, whose credentials include stints at both the Merrion Hotel and Pichet. Just don’t miss the panko-fried pickles.

Looking for a Christmas gift for the foodie in your life? James Whelan Butcher is behind Ireland’s first Beef Bond, entitling the bearer to a share in one of its Hereford, Angus or Wagyu cattle. With interest rates low – but not lowing – it’s an interesting addition to any investment portfolio. Maturity weight is predicted at the time of purchase, so you’re guaranteed a return that matches your initial outlay. But if you choose a long-term maturity option, and your animal exceeds original expectations, you’ll get a share of the extra bounty – a tasty return. Okay, so it’s not exactly a leg in a racehorse but it would make a nice stocking filler, in more ways than one.