Writer, heal thyself – An Irishman’s Diary on literature and medicine 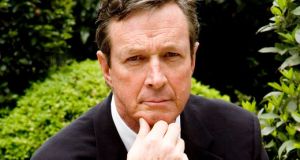 As a self-published writer with a comic novel and two column collections to my name, I have little time for the precious sensibilities of the traditional publishing industry, now competing with a new generation of DIY authors as well as the sales-inhibiting effects of Covid.

What moves me to despair instead – especially at this time of year, when we should be reclining on a sun-baked beach in the Algarve, book in hand – is the number of bestselling authors who consider the application of pen to paper (or fingertip to laptop key) their secondary vocation. These include the usual suspects: athletes, politicians, actors, and celebrity chefs.

The medical profession, however, harbours a high percentage of these double-jobbers, as any sanctioned visit to your favourite battened-down caravan park or jellyfish-infested beach will confirm. (Provided your mask doesn’t slip, of course, and you can safely observe your fellow holiday-makers’ preferred reading matter before it’s whipped from their hands and tossed into the sea by a rogue gust.)

On the fiction side, the bestseller lists regularly feature the medical thrillers of Robin Cook, Tess Gerritsen, and Ireland’s own Paul Carson, all med-school grads and one-time medical practitioners.

On a more contemporary note, neuroscientist Lisa Genova tapped into our anxiety around neurological disorders when she self-published her first book, Still Alice, in which a 50-year-old college professor is afflicted with early-onset Alzheimer’s. (Julianne Moore starred in the film adaptation and won the 2015 Best Actress Oscar for her portrayal of the title character.) In subsequent novels, Genova has dealt with autism and Huntington’s Disease.

But the grandaddy of literary MDs has to be the legendary and now departed Michael Crichton, who chose not to practise and instead became a one-man entertainment industry whose catalogue of accomplishments includes the TV series ER and the multi-media phenomenon “Jurassic Park. ”

Not to be outdone, the non-fiction list also offers an intriguing line-up. Here we have medics who do indeed handle their words with a surgical precision: Lewis Thomas, Jerome Groopman, and perhaps the dean of medical writers, Oliver Sacks, whose 1973 book Awakenings provided the material for the Oscar-nominated film of the same name.

But there’s one moonlighting MD who really worries me. His name is Atul Gawande and he’s a general surgeon at Brigham and Women’s Hospital in Boston as well as a professor at Harvard Medical School and the Harvard TH Chan School of Public Health.

Dr Gawande is also a staff writer for the New Yorker and has scooped two National Magazine Awards. Plus, he was featured a few years ago as one of Time Magazine’s 100 Most Influential People, a position a literary wannabe like me will never occupy no matter how many people I desperately attempt to befriend on Facebook.

The good doctor is primarily an essayist, a form I, too, have come to favour in recent years for its brevity and versatility. His writing is so good and displays such insight and understanding that I’m tempted to turn the tables and perform a couple of routine surgical procedures. (I’m sure there’s a YouTube video I could consult.)

The exalted status of Dr Gawande and his peers is exceptional, though.

Most writers are happy to plod along in a different sphere.

According to US Labor Department figures, the average writer earns just over $20 an hour for his or her efforts. Now, 20 bucks an hour might seem a paltry sum. But when you consider that a writer might spend half of every working day surfing the internet or heading to the kitchen for a snack or staring out the window for inspiration – so I’m told – that wage starts to look pretty good.

As for the average income of Irish writers, that’s harder to pin down. (I gave up after a 10-minute Google search anyway.) But the fact that there’s a tax exemption scheme for writers seems to me a clear admission that the returns are going to be pretty low if you decide to pen a novel, play, or short story.

The way I see it, then, traditional versus DIY publishing isn’t the issue. Nor is it online shopping versus the face-to-face retail experience.

For literary practitioners like me, it’s those darn bestselling book docs.

So please, gentlemen and ladies, look at it from our side. Despite what I said earlier, struggling writers can hardly go out and earn a little extra cash by performing life-saving surgery or overseeing vital psychiatric therapies.

Whereas the way the world’s going, practising medics will never be out of work.