Why is there no intellectual tradition in Irish Christianity?

A nation of brilliant failures and greatest talkers since the Greeks 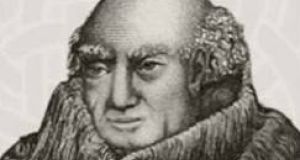 John Scottus Eriugena, who used to adorn the £5 note is the only speculative thinker with the reputation of being a serious theological interpreter of Christianity that Ireland has produced

It is a curious fact that Ireland, despite its over 1,500 years of Christianity, has produced only one speculative thinker with the reputation of being a serious theological interpreter of Christianity, namely John Scottus Eriugena (c.800–c. 877).

But even Eriugena, though trained in Ireland, moved away to the European mainland and left apparently little trace of his international impact on his homeland, at least in the short or even medium term. Apart from him, there are no major theological figures who came from Ireland, despite Ireland’s long and profound involvement with the Christian faith.

To what can one attribute this seeming dearth? Or should one deny its reality?

One could, for instance, argue that thinkers like Bishop George Berkeley or Jonathan Swift owe much to the Christian tradition, and undoubtedly enjoy international reputations.

Church of Ireland Bishop of Cloyne from 1734 to 1767 Berkeley, while mainly remembered as a philosopher, had also a keen interest in religion (he was, after all, a bishop), and in spreading Christianity as a missionary.

He is probably the only Irish bishop to have had a city and university named after him (in California), and one of his works, Alciphron (first published in 1732) was in the form of a dialogue in which he attempted to refute the arguments of freethinking foes of Christianity.

But even Berkeley is rarely mentioned in histories of theology, and in the wider world is perceived more as a philosopher than a theologian or a specifically religious thinker.

One could also try to refute the thesis that Ireland has generated only one serious religious thinker by pointing to an unquestionably leading figure like James Joyce whose work can scarcely be imagined without taking his Catholic background into account, and whose writings might even be interpreted as a seculartransformation of Catholicism.

Oscar Wilde, too, W B Yeats, and later Samuel Beckett emerged from a recognizably Christian culture, and they too are from Ireland. However, it does seem to be cheating somewhat to try to enlist writers considered principally as literary giants and force them into service as religious thinkers or, however tangentially, as representatives of an Irish theological tradition.

So, how do we explain that Ireland seems to shun the attraction of theological speculation, despite its reputation, at least in former ages, of being a deeply religious nation?

Could the answer lie, possibly, in a remark attributed to Oscar Wilde, who is reported as having said to the young W B Yeats: “We Irish are too poetical to be poets; we are a nation of brilliant failures, but we are the greatest talkers since the Greeks.”

Could a preference for talking over writing be part of the explanation? Could the best Irish theology perhaps have been lost for ever through being never written down?

And might it even be that Irish religious thinkers have instinctively spurned the advice implicitly enshrined in the Latin saying: ‘vox audita perit, littera scripta manet’ (‘the heard voice perishes, the written letter remains’), preferring to sacrifice the ultimately temporal and thus limited glory of a worldly theological reputation, based on published works, in the hope of participating in the eternal glory of God?

Or might the explanation of Ireland’s lack of theology be connected with the continuing, if subterranean, force of pre-Christian tradition? The custodians of this tradition, the Druids, allegedly kept all their wisdom in their heads and passed it on orally to subsequent generations in a formation process that could last some 20years.

Learning ‘by heart’ certainly would have the advantage of allowing pupils to assimilate wisdom in such a way that it might become part of them, whether they ever decide to write it down or not, whereas book-learning can soon disappear like yesterday’s snow.

The preference for living memory over written record might well then have encouraged an attitude of mind that favoured the power of the tongue over the power of the pen, and a sense that those who had to read and write books were too dull to retain wisdom in their heads and pass it on orally to others.

Unless, of course, the answer to the original question why there seems to be no detectable Irish theological tradition is simply that in Ireland only lip-service can be paid to the life of the religious mind. Anything more would get in the way ofprogress.

Rev Dr Martin Henry is a former lecturer in theology at St Patrick’s College, Maynooth, is a priest of the diocese of Down and Connor.This piece first appeared as “Irish Theology?” in Brendan Leahy and Salvador Ryan (eds), Treasures of Irish Christianity 2: A People of the Word (Dublin: Veritas, 2013).