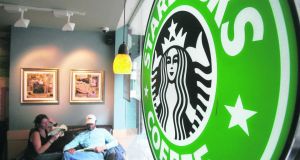 Last year, we found that Fiat and Starbucks and a number of companies in Belgium had received illegal state aid in the form of selective tax advantages. Photograph: Alan Betson

In the fall-out from the Panama Papers, one of the issues that has rocketed up the agenda is the question of tax transparency. Today, the European Commission is bringing forward proposals to increase tax transparency for multinationals operating in Europe, to shine a light into the complex and sometimes murky world of international tax.

Our economies and societies depend on a tax system that is seen to be fair. What causes a sense of unfairness is that big businesses have the resources and structures to find ways of reducing their effective tax rate quite dramatically.

If some companies pay less tax, it means others have to pay more. It means that smaller companies, which cannot afford clever tax advice to minimise their bills, are basically paying for some of the multinationals. That can’t be right either from the point of view of equity or of fair competition.

That’s why today, we are proposing legislation that would require all large multinationals operating in Europe to publish information on where they make their profits and where they pay their tax on a country by country basis. This would affect about 6500 businesses with a turnover of more than 750 million euros. Companies would also be required to report on the total tax they pay outside the EU, with country specific information required for tax paid in problematic tax jurisdictions.

This information would be made available for five years on a company’s website so that anyone interested could see where multinationals pay their tax. To make sure that European companies are not the only ones doing this, the same rules would apply to the larger subsidiaries of non-European companies doing business in Europe.

This proposal is a simple, effective and proportionate way to contribute to efforts to ensure large multinationals’ pay their fair share of tax. It is based on a careful impact assessment. We are not asking for the disclosure of business secrets. We don’t want to damage multinationals’ global competitiveness but we should tackle head on the competitive disadvantage that SMEs face today.

These measures fit into a broader programme of tax reform which predates the Panama Papers. Internationally, we’ve been working closely with the OECD and the G20 to promote global good governance standards for tax. We recently agreed on the automatic exchange of information on tax rulings between EU member states. We’ve signed tax transparency agreements on income from interests and dividends with Switzerland, Liechtenstein, Andorra and San Marino and we’re keen to agree more.

We’ve proposed binding measures to tackle Base Erosion and Profit Shifting: the practice some companies use to reduce their tax bill by declaring profits somewhere different from where actual economic activities are taking place. These also include measures to ensure that profits which multinationals park in low or no tax countries are effectively taxed within the EU. Only last month, EU countries agreed in record time to allow the automatic exchange between national tax administrations of country-by-country reporting on tax matters by large multinationals.

We have also launched a number of state aid investigations: last year, we found that Fiat and Starbucks and a number of companies in Belgium had received illegal state aid in the form of selective tax advantages.

We believe that greater transparency can play an important part in supporting this agenda. If the law has been broken then criminal charges should be brought and sanctions should be tough. If it hasn’t, and legal ways to avoid paying tax have been exposed, transparency can help us ask whether those are indeed the right laws and if not, be ready to close the loopholes. And companies may ask themselves if they are acting in the best long term interests of their shareholders from a reputational point of view.

We need a competitive tax environment if business is to flourish but that should be a question for governments, not a consequence of clever lawyers and tax advisers coming up with ever more complicated ways of lightening tax liabilities for some. To generate the jobs and growth we need, we need a strong business sector, a business sector which is trusted. Greater transparency can help build that trust and ensure that business competes fairly.