Whatever happened to the promise of Sláintecare? 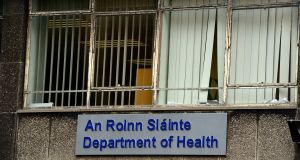 Hawkins House is littered with long-abandoned reports and policy documents. It has a significant cadre of people who do little and obstruct any semblance of reform. Photograph: Cyril Byrne

Simon Harris is totally committed to making sure Sláintecare – the 10-year cross-party plan for health reform – happens. The Minister for Health has the full support of the Taoiseach, and the health department is tasked with devising a “response” to it by year-end.

Sláintecare recommended an implementation office be set up and that a “highly independent” lead executive be appointed by July 2017, that the office be situated in the Department of the Taoiseach, be fully staffed by October, that a Cabinet sub-committee oversee implementation. Five months on from its publication, progress has been notably slow.

In Leo Varadkar’s first speech as Taoiseach in June, it became clear that his department would not be responsible for Sláintecare, that the office would be in the Department of Health. The post to head up the implementation office has not even been advertised. Sláintecare recommended that this post be “equivalent to secretary general”, the highest Civil Service position. The department did not respond to questions as to what exact level the post would be, saying “the post of lead executive will be advertised shortly and will be at a very senior level”. Word is that this post will be at assistant secretary level, two steps below the secretary general, much to the delight of the powers that be in the health department.

As long as the powers that be keep on doing what they have always done, there will continue to be extremely poor access to mediocre healthcare at a high cost

In the absence of the existence of the implementation office, the department has hired consultancy firm McKinsey and Company to assist secretary general Jim Breslin and his department draw up their response to Sláintecare. In an email sent to all Department of Health staff last week, Breslin said he had “established and is chairing a steering group” to oversee this work.

Sláintecare outlines a high-level political roadmap for health reform, aiming to deliver a universal health system where people experience a high-quality, integrated health system. The siloed nature of the department is among the biggest obstacles to delivering integrated, patient-centred care. For Sláintecare to be realised, the department itself needs to be transformed.

There are talented, hard-working people in the Department of Health, but there is also a significant cadre of people who do little and obstruct any semblance of reform.

Failing to radically change how healthcare in Ireland is provided means that no matter how much more money the minister for health of the day pours into the broken system, it will remain broken. As long as the powers that be keep on doing what they have always done, there will continue to be extremely poor access to mediocre healthcare at a high cost.

The essence of Sláintecare is that it is an integrated plan with many interdependent elements. It is destined to fail if the Minister for Health or department cherrypick the elements that are already government policy and avoid more difficult, long-term strategic measures. Sláintecare requires significant additional investment. Yet the word from the Taoiseach down is that there is not the “fiscal space” to implement it. What they fail to portray is that it is not affordable not to implement Sláintecare.

Hawkins House is littered with long-abandoned reports and policy documents. If a Government department wants to kill a policy or a particular initiative, they just sit on it, delay it, set up a committee about setting up a committee, carry out a consultation, commission another report.

Meanwhile officials waste a lot time running around after the Minister and Junior Ministers, writing answers to parliamentary questions that rarely answer the question. There is a cosy consensus among the most senior civil servants across all Government departments that is happy not to rock the boat, to maintain the status quo.

For Sláintecare to happen, it requires political governance from the very top, an implementation office outside of the health department with a highly competent, independent lead who marshals a whole system plan with key milestones and tight timelines.

The current government is in an advantageous position. The Taoiseach and those around him have spent time in Hawkins House, they have an unprecedented insight into the workings of the department. The Taoiseach has spoken tough words about holding senior civil servants to account as well as promising leadership in health. It is in Leo Varadkar’s hands to do something about it and perhaps the health department is the place to start.