Whatever about democracy, what a difference an electoral system makes 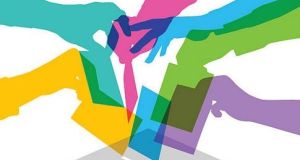 The support which took Johnson from a minority government to the largest Tory majority since Thatcher “surged” from 42.2% of the vote in 2017 to 43.6% now! Photograph: Getty Images

Alexander Boris de Pfeffel Johnson just won what some newspapers are calling a landslide victory. He now publicly claims a “powerful new mandate” – in private a “stonking” mandate – to get Brexit done. But this shiny new mandate was a Christmas present not from the voters, a majority of whom actually voted against him, but from the antiquated British first-past-the-post electoral system.

Victory for the BoJo Brexit deal and its author was manufactured not earned. Less than 44 per cent of those voting chose Tory candidates. Add 2 per cent for the combined vote of the Brexit Party and UKIP to see that about 54 per cent of voters chose parties explicitly opposing the deal for which this powerful new mandate is claimed.

The increased support which took Johnson from a minority government to the largest Tory majority since Margaret Thatcher “surged” from 42.2 per cent of the vote in 2017 to 43.6 per cent now!

The Lib Dems increased their vote share by much more than the Tories but lost seats, including the seat of their leader.

First-past-the-post voting evolved in Britain before the secret ballot and mass literacy, when voters put their mark, an “x”, next to the name of their chosen candidate.

Many former British colonies, including the US, took it on after their independence. So this same voting system gave us President Donald J Trump in 2016, with nearly three million fewer popular votes than his rival Hillary Clinton. It also gave us president George W Bush, who lost the popular vote to Al Gore in 2000.

Looked at with a cold clear eye these gross distortions seem simply outrageous, unsupportable by any rational argument. Yet the band plays on.

There seems to be little appetite, at least among the big parties in Britain, to bring in a voting system that gives us a legislature representing all votes cast in an election.

To be fair, British voters also resoundingly rejected electoral reform in a 2011 referendum, so there’s a tiny chance of change in Britain anytime soon.

There are some stirrings in the United States, however. In a little-reported referendum result this November, New York City – with a population almost twice that of Ireland – voted to use “ranked choice voting” for its elections. Also known in the US as “instant runoff”, this is effectively single transferable vote in single-seat districts – just as for Irish presidential elections or the “alternative vote” in Australia.

New York followed a number of other large American cities like San Francisco and Memphis. The state of Maine also voted recently to use ranked choice voting, and several Democratic state primaries will use it for the first time in 2020.

US electoral law is a matter for the states not the federal government, which opens up at least the possibility of electoral reform, one state at a time. Rather like the early votes on legalising marijuana or gay marriage, there may be something coming up over the horizon which could open a window for US third parties.

What would British politics look like today if a proportional electoral system had been used?

Look at any UK poll tracker and you’ll see four parties all tangled up together, each with about 20-25 per cent support in June and July this year. You’ll then see the inexorable “third party squeeze” that happens in first-past-the-post election campaigns. Many voters switch to supporting not the party they most like but the one best placed to beat a big party they hate.

The Tories squeezed the Brexit Party vote. Labour squeezed the Lib Dems although – given the catastrophic unpopularity of Jeremy Corbyn – not enough to do them any good.

Who knows how many people might have voted for the Greens under a proportional system that would not have thrown their votes into the dustbin?

With PR, furthermore, Labour would almost certainly have split into two parties – Corbynistas and neo-Blairites – if these had not faced the near-certainty of ferocious punishment by the first-past-the-post system.

The Conservatives would have also split into hard Brexiteers and one-nation Tories.

The party leaders and candidates for prime minister would, therefore, have been different.

Many things would, therefore, be different under proportional representation in Britain. What we do know, however, is that PR would almost certainly deliver what the British establishment disparagingly calls a hung parliament and most other European democracies think of as the normal state of affairs. How would that have played out in the House of Commons over the coming months?

Assuming tactical voting mostly happened inside the respective leave and remain blocs, no party would have won a Commons majority. There would have been a coalition government. This would not have been led by the Tories, bolstered by the Brexit Party – who would not have needed to stand down their own candidates in Tory seats.

A rainbow coalition of Labour, Lib Dems, Greens and Scottish Nationalists would probably have scraped a majority. The BoJo deal would be dead.

One way or another, no doubt after considerable shenanigans and a leadership change in Labour, Britain would be heading towards another Brexit referendum, which could well have resulted in “remain”. Whatever about democracy, what a difference an electoral system makes!

This is all speculation. But there’s a plausible case to be made that Britain will leave the European Union next year not because this is the settled will of the British people but because of the first-part-the-post system.

And this in turn will give us a new border in the Irish Sea – between Northern Ireland and what Tory politicians have, interestingly, taken to calling “GB”.

1 Gardaí disperse crowds gathered at coastal beauty spots
2 Normal People Class of 2020: The nine college friends in the series
3 US cities become battle zones as anger at racial inequality erupts
4 Cork residents protest over students partying near UCC
5 Simple restorative exercises that can improve your posture after all the sitting
Real news has value SUBSCRIBE