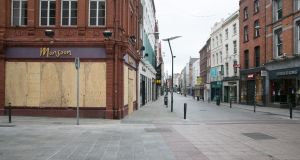 Can this Government survive the pressure cooker that is to come in the autumn? As it goes from one fine mess to another, you would have to wonder, though of course the political imperative to hang together remains. The point is that while the Government has been thrown into difficult circumstances from the off, autumn is going to turn the gauge on pressure cooker up to a new level. This will make dealing with the fall-out from this week’s golf dinner fiasco look like a picnic.

As the economic reckoning from the first phase of the crisis becomes clear and a difficult budget has to be put together, along with an economic plan for the next few years, really difficult calls will have to be made. With public trust damaged by seemingly endless controversy and voters rightly furious about the golf dinner, the Government urgently needs to persuade people that it can operate coherently and competently. As well as trust in its political abilities, economic confidence is now in the balance. As we watch Covid-19 infection numbers rising, face new restrictions and great uncertainty about what is to come, consumers and businesses need to believe that they have a Government which can find a way through this. The current political omnishambles will not inspire confidence, to put it mildly.

Managing the economy through the next phase brings two very particular challenges. One is obvious – are we heading for a stop-go run of openings and closures of parts of the economy? The Government is to bring forward a traffic-light system in the weeks ahead to try to provide clarity on what the policy response will be, depending on the rise and fall of case numbers. For many businesses in consumer-facing sectors this has raised fears of a wave of openings and closures as the months progress and the traffic lights change. This would derail the potential for recovery for many sectors – and threaten a knock-on spread of economic damage more widely in the economy.

The second – and linked – challenge is supporting those worst affected. There has been talk in the US about a “K-shaped recovery”, where parts of the economy recover strongly and others just head downwards. A Washington Post feature this week pointed to the contrasts in the US: strong and rising demand in the upper tiers of the housing market, alongside rising defaults among poorer households; jobs protected for those working from home, but half of those who had been earning less than $20 an hour have not returned to work; and the stockmarket shares of big companies surging while smaller companies are on the ropes.

This is reflected in the Irish economy. Many big multinational employers are doing fine – notably the pharma sector. Meanwhile many generally lower-paid and younger workers who have been laid off from sectors such as accommodation, retail, hospitality and entertainment are looking ahead to the wind-down of the Pandemic Unemployment Payment (PUP) next year and wondering what will happen after that.

Supporting those worst hit – particularly younger people and vulnerable sectors – will quickly emerge in the autumn as a key political issue. Already we see the numbers coming off the PUP slowing and it is clear we will be left with a high effective unemployment rate as we head towards the end of the year. Many jobs will be supported by the continuation of the wage subsidy scheme – in an amended form – until next April. The PUP will be gradually wound down by then too.

Like its counterparts worldwide, the Government then faces the choice of what happens next. Businesses can – and should – be supported to hold on to jobs. But the State cannot continue to drip-feed cash forever into businesses that are never going to reopen. We have no idea, yet, what the future shape of sectors like pubs, tourism or events might look like. But they may well be smaller in future and so need help to restructure; some of those working in them may need retraining to find work elsewhere. Business as usual may simply never be an option again. Just imagine the politics of managing all that,

No-one expects the Government to have all the answers. But it needs to persuade us that it has some target in sight, or is at least working towards some strategy which goes beyond closing everything down when the virus numbers go up and opening everything up again when they go down. People running businesses large and small will, above all, want clarity about what the Government plans, even if they don’t like all the answers. “Nphet knows best” is not a communications approach that will cut it.

Former European Central Bank president Mario Draghi gave a speech during the week – his first since leaving office – calling on governments to ensure the money they borrowed in response to the crisis was “good debt” spent on rebuilding economies and particularly on investment in education and training for young people, rather than “bad debt” spent where the greatest political return is available.Young people were the group suffering the worst of the job losses, he reasoned, and they will have to repay the huge debts now being built up in future years .

He called for a new politics, a move away from what he called the “collective selfishness of the past” when money was allocated to where it gave the best political return.

Can this Government provide a similarly clear analysis of how it plans to rebuild the Irish economy and where and why it will direct resources? It promised on taking office to do things differently, reflecting the strong message from the electorate that things needed to change – the golf dinner fiasco, with echoes of the “golden circle” politics so controversial in the past, is the very last thing it needs.

1 One hundred Irish retailers for all your online Christmas shopping
2 People who throw house parties can be fined €1,000 and jailed for up to a month under new proposals
3 Golf clubs waiting to hear if they can stay open under Level 5
4 School ordered to reopen after closing due to Covid-19 fears
5 Girl delivered early from terminally ill mother settles case for €900,000
Real news has value SUBSCRIBE