What risks would Brexit pose to UK and European security? 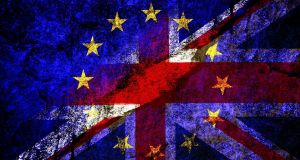 ‘Emotional claims about a Euromartial fantasy conceal a much more important point: an effective EU defence policy is in the British interest.’

The risks for UK and European security of a Brexit – a British exit from the EU – have become a central theme in the campaign for the British EU referendum on June 23rd. British Prime Minister David Cameron told an audience in London on May 9th that “whenever we turn our back on Europe, sooner or later we come to regret it . . . Can we be so sure that peace and stability on our continent are assured beyond any shadow of doubt? Is that a risk worth taking?”

Cameron strongly emphasised that co-operation with other European governments is essential for coping with the myriad of security challenges that Britain and Europe face. He cited a number of concrete examples of useful EU security policies, such as sharing intelligence for countering terrorists or placing economic sanctions on Iran and Russia. He also highlighted how EU co-operation “does not undermine Nato, it is a vital reinforcement to it.”

In contrast, his only mention of EU defence policy was to confirm that London would veto “any suggestion of an EU army” (like Nato, the EU makes defence policy decisions by intergovernmental consensus). No doubt the main reason for this sparing reference was to retort scare stories run last week by some British newspapers that Germany is plotting to create an EU army.

It is no secret that some senior German politicians are rhetorically committed to the long-term aim of a European army (as are some Belgian, Italian, and Spanish politicians – but few from other countries). Since her appointment as German defence minister in late 2013, Ursula von der Leyen has regularly said that she hopes for a European army some day. Considered a conventional position in Berlin, especially among those politicians who support the idea of a federal EU, this notion is toxic in the British EU debate.

This is a shame. Not because an EU army is a good idea – and an idea that London can block only if the UK remains in the EU – but because emotional claims about a Euromartial fantasy conceal a much more important point: an effective EU defence policy is in the British interest.

There are four reasons for this. First, if the British people choose to stay in the EU on June 23rd, acting through the union will remain a strategic option for the UK. True, EU military operations so far have not been as full-bodied as those of Nato or the UN. But some have been very effective, such as the missions in the Democratic Republic of the Congo in 2003, in Bosnia and Herzegovina since 2004, in Chad during 2008–2009, and on the waters off Somalia to counter pirates since 2008 (which is run from a British military headquarters).

This matters because the United States will not always put out Europe’s fires, meaning Nato will not always act. Indeed, this was a major part of the strategic logic behind the 1998 Anglo-French defence agreement reached at Saint-Malo, which begat the EU’s defence policy. That agreement stated that the EU “must have the capacity for autonomous action, backed up by credible military forces, the means to decide to use them, and a readiness to do so, in order to respond to international crises.”

Even if 18 years later the EU has not yet proved as robust as Nato (let alone anything akin to a European army), and even though it would always be preferable to act with the United States, wouldn’t it be in the British interest to keep that strategic option?

Second, the UK – alongside France – is a deutsche mark of European defence, meaning it should lead EU military efforts. For example, the bilateral co-operation emerging from the 2010 Anglo-French Lancaster House treaties should set the standard for EU military co-operation. Moreover, because the UK is not a member of the euro zone or the Schengen passport-free travel area, leading on defence policy would increase London’s overall political influence in the EU.

Third, the UK could continue to ensure that the EU and Nato work better together. Stunted by more than a decade of Cypriot-Turkish disputes, European security today badly needs the two Brussels-based organisations to work more closely together.

To tackle terrorism or the migration crisis, the EU and Nato can connect everything from internal policing and intelligence networks to external military operations. Both bodies are conducting operations to combat people smuggling in the Mediterranean – Nato in the Aegean, the EU on the waters off Libya. To counter Russian hybrid belligerence, they are also trying to better combine their various efforts, from economic sanctions to territorial defence and cyberdefence.

Fourth, the EU is trying to use its single market rules to open up protected European defence procurement – long a British goal. For too long, too much of the combined defence spending of the EU’s 28 member states, around €180 billion a year, has been wasted on national-preferential procurement. In addition, in large part due to British prodding, the European Commission recently agreed in principle that some of its vast civil scientific research projects should have military applications, to supplement feeble national defence research spending (only 2 per cent of member states’ combined defence expenditure is on research and technology.

In 2008, 10 years after the Anglo-French Saint-Malo agreement, a senior official gave speeches within days of each other in Paris and London, both of which contained the same core message: “Europe needs, the United States needs, Nato needs, the democratic world needs – a stronger, more capable European defence capacity . . . because . . . Nato cannot be everywhere.” That official was Victoria Nuland, then US president George W Bush’s ambassador to Nato.

Given the security challenges Europe faces now, those words hold truer today than they did then. Whisper it, but an effective EU defence policy is in the British, European, and Western interests.

Daniel Keohane is a senior researcher at the Center for Security Studies at ETH Zürich.