The role of the Irish in constructing, developing, and perpetuating institutionalised racial oppression in the 20th and 21st centuries is unequivocal 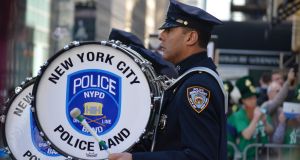 Irish surnames dominate the rosters of police commissioners past and present in the United States. In Minneapolis, where the current Black Lives Matter protests ignited: Dolan and McManus during the Bush years, and further back, Meehan, Mealey, and Doyle in the early 20th century. In New York, the commissioner is Dermot Shea, before him it was James O’Neill, and before him, it was Raymond Kelly, New York’s longest-serving commissioner. All three have Irish grandparents and grew up in the historically Irish Sunnyside, Queens.

The Irish pride themselves on a “special relationship” with the United States. We say, “the Irish built America,” typically referencing the literal infrastructure of the cities and transport systems.

This shows a painfully selective memory. When we look at present-day America, we need to consider the full extent of the Irish role in the building of American social power structures.

In pop-culture and more formally, we Irish have a tendency to align ourselves with the Black struggle. (I love The Commitments, but the Irish are not the Blacks of Europe, Black people are.) We point to Daniel O’Connell’s anti-slavery polemics in the 1840s, to his campaign with the visiting Fredrick Douglass, the most famous Black abolitionist of the 19th century.

In the years after Douglass’s Irish tour, 1.5 million Irish people would leave this island for the U.S. When they arrived there, yes, it’s true, the Irish did experience ethnic prejudice. “No Irish need apply,” etc. In a short time, however, the Irish were hired in the hundreds into the emerging police forces-in fact, some forces were established to create jobs as a solution to “the Irish problem.”

According to Marilyn S. Johnson, a history professor at Boston College, the Irish presence in the police force was felt as much as their presence in gangs and criminal groups. It was common, notes Johnson, for Irish police to join with Irish mobs against less politically powerful groups such as Jews and African-Americans.

The Irish quickly accepted the invitation to inclusion in authority, the privilege and power that came with being white in the new America. Their role in constructing, developing, and perpetuating institutionalized racial oppression in the 20th and 21st centuries is unequivocal.

I am a first-generation American citizen, born to Irish parents who emigrated to North Carolina in 1989. I attended their naturalization ceremony, watched them raise their hands and pledge allegiance to the flag. Because of Ireland’s relatively lax citizenship laws, I have enjoyed dual-citizenship. I spent my teens in Wicklow, my twenties in New York, and now I am living in Galway.

I forget that I speak with an American accent and I wonder why people here keep asking me if I am from the States. I sound nothing like my parents, and I look like the white people brunching while the BLM protests rage in New York City.

In 1973, 10-year-old Clifford Glover was shot in the back and killed by a cop named Thomas Shea in Queens, New York. Shea was acquitted. We’re a lot quicker to point out the Irish contribution to the American railway system than to systemic racial oppression.

The current Black Lives Matter movement is a moment for the Irish and Irish-Americans to acknowledge our legacy in its totality and do penance. To be clear-taking on the blame for the actions of our ancestors and the current diaspora is not the goal. And our call to action isn’t to simply assimilate the BLM protests in the United States; the specific racial dynamics of America are complicated by more than Irish immigration, and racism as it exists here is not based in police brutality.

However, interrogating our legacy is vital because it informs the actions of current generations. The responsibility of conscientious anti-racism is universal, and in an increasingly diverse Ireland, it’s more important than ever.

It can be painful to confront our internalized racism, but we can’t afford not to. Audre Lorde, the American poet and Black activist, offered the questions we should ask ourselves: “How do you reach down into threatening difference without being killed or killing? How do you deal with things you believe, live them not as theory, not even as emotion, but right on the line of action and effect and change?”

Talk to your American cousins about anti-racism. Fill the bail funds in the cities where our diaspora live. Here at home, anti-racism and anti-xenophobic education is crucial. Abolish Direct Provision. If you’re an Irish person who feels the history of our oppressed centuries deeply, if you’re an Irish-American who is proud of our special relationship with the United States, the task is the same: don’t obscure our past, learn from it. More to the point, learn from the present in which the past is still visible.

Lucie Shelly is a writer based in Galway