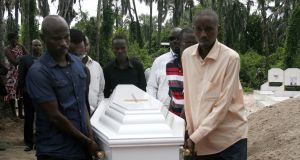 It is a bit predictable for a human rights organisation to produce a report saying how bad the human rights situation is, but we have reached a turning point that is way beyond business as usual. At least 156 human rights defenders were killed or died in detention in the first 11 months of 2015, in 25 countries. We know that more were killed in December, and we know that many more cases go undocumented.

This is not random violence. This is the calculated elimination of those who speak out for the rights of the most vulnerable. And it happens in countries like Colombia, Brazil, Mexico, India and the Philippines, countries that claim to be democracies where the rule of law prevails.

The strength of this repressive backlash in 2015 is a crisis for human rights defenders and a political challenge to democracy around the world. Putin, Xi Jinping, the Saudi regime and their fellow autocrats are scared of the capacity of independent civil society to hold the powerful to account. Yet those who proclaim themselves democrats seemingly see human rights as an optional extra to be added on once more important economic and strategic interests are dealt with. This is a serious failure of political and strategic leadership. It is already having a negative impact on our economic and security interests with regard to Russia, China and the Middle East.

Authoritarian governments are investing huge efforts and resources to control and discredit independent civil societies, especially those critical of government policies. Pierre Claver Mbonimpa is an internationally respected Burundian human rights defender and one of the most prominent critics of President Nkurunziza’s attempt to secure a third term in office in 2015. In August he was seriously wounded in an attempted assassination. With the help of Front Line Defenders he is currently receiving medical treatment in Belgium. After he left the country, his son-in-law and his son were murdered.

Often it is those who are less well known who are targeted. Cesar Estrada is a journalist and environmental rights defender in a remote part of Peru. In September and November Cesar was attacked by armed gunmen because of his work documenting human rights violations linked to the Conga mine project. The attack in November occurred as he was travelling to Ireland to take part in Front Line Defenders’ 8th Dublin Platform.

Judicial harassment is another tactic commonly used to silence human rights defenders across all regions. We have seen cut and paste restrictive legislation, shared from one autocratic regime to another. Russia has recently added a new law on “undesirable organisations” to the previous law which labels NGO’s in receipt of international funding as “foreign agents”.

Ireland and the EU must be as strong in speaking up for human rights defenders in countries where they have political and strategic interests, as they are when it comes to the usual suspects. The EU are quite happy to raise cases in Burundi or Belarus - but when it comes to Ethiopia, China, or Azerbaijan it is a different story.

Ethiopia is a country which uses the pretext of terrorism to target human rights defenders. For example 6 human rights defenders travelling to Nairobi to attend a workshop on food security were arrested in March and charged with terrorism offences. Ireland has been a partner country of Ethiopia since 1994. However the embassy is reluctant to raise cases, worrying this might interfere with development work.