Use of ‘gangland’ terminology an admission of defeat

Fear of retribution is insidious, but communities need leadership as killings continue 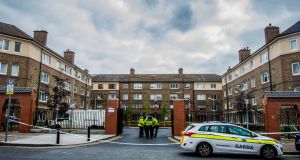 If society is to get to grips with the serious violence that is having such a devastating impact on families and communities, policymakers need to move beyond simplistic rhetoric, typical of which is the largely meaningless term “gangland”, and develop a comprehensive response based on evidence.

In 2012, the then Garda commissioner estimated there were 25 organised gangs in Ireland, many of which were involved in the drug trade.

A UK report in 2014 estimated there were 150 gangs in Northern Ireland, while a report by Belfast-based media group The Detail estimated earlier this year that there were 33 gangs associated with paramilitaries.

It is difficult to reconcile these figures, as the term “gang” does not lend itself to simple definition.

International thinking has moved away from the idea of organised hierarchical gangs, as with the mafia, and point more to loose and overlapping networks, with many thousands of people performing numerous roles throughout the drug supply chain.

Where one is removed, he or she is easily replaceable in a matter of weeks.

The viciousness associated with the current violence is undoubtedly linked to the fact that it is not just business, but also personal.

Family is involved and many of those now on different sides have collaborated in the past in the drug trade.

What is not unusual about the situation is that systemic violence is part and parcel of the drug trade.

It is generally seen as not good for business, but occasionally emerges over issues of debt collection, territorial disputes or as a response to discourage police informers. There is no regulatory mechanism to which drug dealers can turn when a deal goes wrong, and debts must be paid.

At the root of the evil is, of course, money. The widespread demand for illegal drugs throughout all strata of society means there will be supply. A recent UN report estimated the total profit made from the heroin trade in Ireland is €600 million.

While I would suggest, based on a calculation of the number of dependent heroin users and average daily spending, the figure is about half that, we are still talking of just one drug in the market, which increasingly includes a rapidly expanding trade in new psychoactive substances distributed online.

In the UK, heroin makes up just 25 per cent of the total drug market.

A second factor that helps explain the violence is that most of the profits earned along the supply chain are between the wholesale and street or retail levels, the so-called middle market.

The huge money that can be earned here means those involved at this level, the so-called lieutenants, are willing to do anything to ensure the drugs and cash keep flowing.

The dominant response of the State to drug use has been criminal justice-oriented.

Since the murder of Veronica Guerin in 1996, this has been manifested in the ritual and largely symbolic enactment of ever-more draconian legislation.

The introduction of mandatory sentencing legislation in 1999 for those caught with more than €13,000 of drugs has been acknowledged by the Law Reform Commission as flawed and is in need of repeal - its main consequence being the imprisonment of drug mules from developing countries or those holding drugs to pay off a drug debt.

The supply-control pillar of the national drugs strategy, which also has its origins in 1996, aims to reduce supply through the seizure of drugs. However, the UN report cited above estimated from detailed research that less than 5 per cent of the heroin in circulation in Ireland is seized by law enforcement.

This is roughly the same as most other western European countries.

While law enforcement might contest these figures, they will not provide a counter-figure as it is impossible to know for sure.

Either way, a leaked report by the UK government estimated that law enforcement would need to seize 80 per cent of the drugs in circulation to have any impact on availability. No country has come near that, except Afghanistan temporarily under the Taliban.

Despite the reaction to Veronica Guerin’s killing and the many accomplishments of the national drugs strategy, illicit drugs have become cheaper, more diverse and more easily available via phone and online.

Drug markets have become populated by ever-younger dealers, and they have become more violent.

The nature of this violence has changed, not just in terms of the increase in drug-related murders but also in terms of the impact on the families of those involved in the drug trade and the communities in which drug markets tend to take hold.

According to a recent international review of the evidence, a comprehensive response to gang-related crime should incorporate the following mechanisms:

Community involvement in the planning of interventions;

Community involvement in the delivery of interventions;

Case management and provision of a personalised holistic approach to offenders or those at risk;

Such an approach will require resources. With regards to Garda resources, the Garda Inspectorate estimated that visible front-line policing numbers have fallen by 10 per cent since 2011.

There have been many reports about the Garda recently, but in terms of delivering improved policing – and particularly front-line visible policing, which is what communities want – the recent reports of the inspectorate have provided a map and timeline as to how these problems can be rectified. The criminal justice response must also prioritise and focus on the most harmful and violent drug markets, and on pursuing, with financial institutions, major dealers’ assets.

Decriminalisation of possession for personal use as part of a public health response and an enhanced Garda cautioning scheme can reduce the needless stigma associated with a criminal conviction and divert resources to where they are most needed.

Direct public expenditure on drug issues has decreased 15 per cent since 2009, and is now about €200 million a year, less than the profits earned from the heroin trade alone. The community and voluntary sector have seen cuts of up to 30 per cent in recent years and yet it is to trusted local resources that people will turn first in times of crisis.

The return of the value of seized assets to the communities is also necessary. A youth centre built from the proceeds of such assets provides a more lasting and powerful symbolic message than any number of new laws.

The term“gangland” implies that the land or territory is controlled by gangs and for politicians to constantly trot it out is an acknowledgment that they have lost control.

“Get tough” talk and legislation is largely symbolic, the State asserting its authority, whereas in reality, it is a symptom of the absence of such authority.

The fear of retribution from those involved in the drug trade has an insidious silencing and controlling effect on local communities, but we still have strong communities. What they are missing is leadership, a sense of safety and a comprehensive and sustained multidimensional response to this crisis.

Johnny Connolly is visiting research fellow at the school of social work and social policy at Trinity College Dublin. He is the co-author of Demanding Money with Menace: Drug-related Intimidation and Community Violence in Ireland, a report for the Citywide Drugs crisis campaign