‘The Greatest of These’ – An Irishman’s Diary on Francis McManus 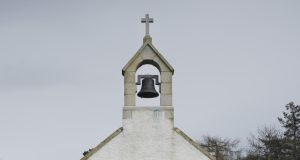 The Greatest of These (1943), by Francis McManus, tells of how a priest’s insistence on setting up a school for the poor in his parish sets him on a collision course with his wealthy parishioners and, ultimately, his bishop. Photograph: Getty Images

Francis McManus (1909-1965) is known to those of us of a certain age because his novel depicting a priest’s revolt against authority, The Greatest of These (1943), was on the Leaving Certificate English syllabus for many years. I did not feel at the time it had any of the allure of Wuthering Heights, the poignancy of King Lear, the political resonance of Yeats, the lyricism of Wordsworth or Kavanagh.

And yet when I reread it recently, I was very moved by this account of how a priest’s insistence on setting up a school for the poor in his parish sets him on a collision course with his wealthy parishioners and, ultimately, his bishop.

McManus, who taught for 18 years in Synge Street Christian Brothers School in Dublin before taking up the role of director of features in Radio Éireann in 1947, had a life-long commitment to Roman Catholicism, which may explain his interest in the dilemma described in his novel.

In the decades after independence the Catholic Church played a central role in the newly established Free State, which developed into what the writer John McGahern described as a “theocracy” in all but name.

There is a tendency, with the benefit of hindsight, to dismiss that church as having been authoritarian, patriarchal, misogynistic, triumphalist – which it undoubtedly was on occasion – while forgetting the good work done by many priests and religious working on the ground. The Catholic faith mattered greatly to many Irish people, most of whom, especially in rural Ireland, revered their priests and offered them unflinching loyalty and obedience.

The portrait of the clerical life that is sketched by McManus is sensitive, but not uncritical.

He shows the rebellious Fr James Phelan to be an educated man with a strong commitment to the poor.

His weakness is his inability to accept the advice, given in good faith, that he receives from his curates and Bishop Coyne.

When Phelan refuses to follow the instructions he issues, Bishop Coyne remarks ruefully: “Some must rule. Some must serve. I will maintain that discipline though it hurt me severely and bring grief to me, and though it hurt men whom I have always admired, esteemed, and even held in high affection”.

Following this pronouncement, Fr Phelan continues along his chosen path and takes his case to the civil courts. It is only when serious violence breaks out between his supporters and others in his parish that he realises he must bring an end to the protest and to his active ministry.

The novel opens on a new year’s eve many years later with bells ringing outside the palace of the current Bishop of Dunmore, Edward Langton. Langton had been taught Latin by Phelan, then a curate in the boy’s home parish, and had great affection for him. A newly ordained priest, Fr Paul Doran, informed him earlier that day of a chance meeting he had with Phelan on the outer periphery of the diocese. He was greatly struck by the demeanour of this elderly man and surprised to find works by Cicero, Caesar, Livy, Virgil and Horace in the house, all bearing the inscription: “James Phelan, P.P., Bannow”.

Langton, who has endured health problems that he senses may shortly become serious, reflects ruefully on the fate of his former mentor and seeks to find a solution to his case.

A few months later, therefore, the bishop heads off to meet the now elderly Phelan in the latter’s home.

Their exchange is cordial at the beginning, but the priest still retains some resentment about what happened all those years ago: “If I had yielded in the beginning of my troubles and practised all the stratagems and held my tongue, I should now be greater than the greatest of you”.

Langton listens patiently and asks him to come and visit him in the episcopal palace at Easter.

While there, he is introduced to two of Langton’s closest friends, Canon Keeffe and Archdeacon Crane, with whom he enjoys a lively discussion on things philosophical until late into the night.

The next day, he assists at the celebration of the Eucharist.

Without having to recant any of his past actions, Fr Phelan is reintegrated into the life of the Catholic Church. He is still a priest, sacerdos in aeternum, and the years have allowed him to see that obedience to a higher order is not necessarily an admission of weakness, but a sign of strength and maturity.

That essential message escaped the Leaving Certificate student I was all those years ago.