The best thing since potatoes? – An Irishman’s Diary about bread 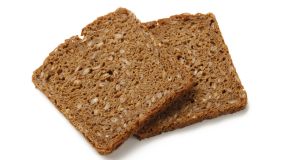 “It’s stamped ‘October 2018’, which must be either a best-before date or a half-life”

One of the revelations of last week’s snowstorm was how dependent Irish people are, emotionally and physically, on bread. Running jokes aside, the shortages caused something like panic. And in light of history, it’s interesting that it was sliced pans we looked to in a crisis, not the potato.

Mind you, a striking feature of the shelf clearances was that – certainly in the many premises I scoured – there were always some items that could be broadly described as bread left untouched.

These were usually for people with special dietary needs. Which, considering that they remained on shelves, posed a terrible question: where were the people who normally bought them? Were they more vulnerable to the weather? Had there been a cull already?

By the end of the week, in any case, even the specialist stuff was getting second looks.

Stocking up on emergency rations, my wife eventually succumbed to the charms of a loaf of German rye bread, “wheat-free” with “no added yeast”. It’s about the size of a brick, and of similar density.

But what with the thaw, nobody has since eaten any of it. And happily there’s no rush.

It’s stamped “October 2018”, which must be either a best-before date or a half-life.

I’m reminded that rye-bread was a source of some controversy during Ireland’s Famine years. In fact, the subject divided two heroes of the relief effort then: the Polish Count Strzelecki and the US evangelist Asenath Nicholson.

The former came here in 1847 to distribute food on behalf of the British Relief Association, with particular focus on providing meals for schoolchildren. Central to those was a type of bread made from black rye, which was cheaper than wheat and – he claimed – much enjoyed by recipients.

But Nicholson, a reformist teacher who had toured the country just before the famine, distributing bibles, and then returned with food and clothes, disagreed. Herself a vegan, she had strong opinions about what constituted a healthy diet and was horrified at Strzelecki’s bread, which she said combined the consistency of “liver” with the colour of “dry turf”.

This was not poetic licence, it seems. In Mayo, she wrote, when a piece of the bread was placed alongside turf, “no eye could detect the difference.”

We’ll come back to the Famine in a moment. But first – speaking of American teachers, Poles, and bread – I need to mention a charming story received by email a while back from a US reader: Regina Plunkett Dowling, in Old Greenwich, Connecticut.

It was in response to a column here last January, and goes back to an incident on St Patrick’s Day 1964, when Regina was a second-grade student, aged 7, in Center Road Elementary school, New Haven.  I’ll let her set the scene: “First thing in the morning. We were all at our desks, and Teacher asked us to close our eyes. Soon, we could hear her moving down the rows. Plonk, plonk, plonk. She was putting something down on each of our desks, but what could it be?

‘All right, children, open your eyes!’ And there on my desk, shining bright as anything, sat a beautiful Green Bagel. ‘Happy St Patrick’s Day, children!’ I laughed out loud in my surprise and delight. Our teacher? Mrs Lender. ”

Regina goes on to explain that “Mrs Lender” was married to Marvin, one of two Jewish brothers who (as mentioned in an Irishman’s Diary, January 18th) inherited their Polish emigrant father’s bagel bakery in the 1950s and expanded it.

The second brother was Murray Lender, whose flair for marketing propelled the family business –and the bagel in general – from being a local, ethnic speciality to a great American staple.

The shamrock-green special was just one of many milestones along the way. But clearly, it did for one Connecticut woman what the madeleine did for Proust. Regina says she had been convinced already that Mrs Lender was the world’s greatest teacher, “and then St Patrick’s Day came along to crown it all”.

As noted in January, however, the bagel’s legacy goes well beyond the memories of schoolchildren. For as if to disprove the old axiom that you should neither a borrower nor a lender be, Murray Lender went on to donate some of his millions towards setting up a museum at the local Quinnipiac University, dedicated to Ireland’s Great Hunger. And though he has since departed for the great bakery in the sky, his name lives after him. A large part of the Lender collection is now on loan to Ireland. It opened at Dublin Castle yesterday, and admission is free.