Stroke patients are no less deserving than cancer patients 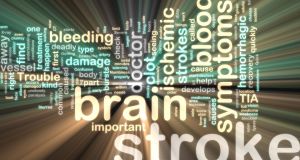 Cancer is a terrible disease, and advanced melanoma, for which two new drugs, pembrolizumab and nivolumab, are currently approved, is among its worst manifestations.

The fact that we have agents that are very effective against such tumours is to be celebrated but the projected cost of providing the therapy is huge: more than €60 million for each drug over five years to treat a relatively small number of patients.

We have heard Prof John Crown’s call for them to be funded backed up by politicians of various hues and now we understand that the drugs are to be funded on the basis that they are more cost-effective than ipilumimab, a drug approved as a “special case” by former minister for health James Reilly.

It is also worth commenting that while these drugs are currently approved to treat quite a small range of cancers, trials are under way with a broader range of tumours, which means this calculation of future cost could be a very substantial underestimate. Funding for the new cystic fibrosis drug Kalydeco has unfortunately been recently declined on grounds of cost but a campaign has begun to have that decision reversed.

While I understand the reasoning behind the calls for funding that have been made I can’t help but reflect that the cost to provide one of these drugs for a single year is more than has been spent in total on the national stroke programme since its inception seven years ago.

The national stroke programme is generally considered to have been an enormous success for the Health Service Executive over the last few years. Since its creation, deaths from stroke have dropped by more than 10 per cent, and those left with severe disability have fallen by more than 20 per cent. This has saved the Irish health service about €150 million a year simply by reducing the number of stroke survivors who need State-supported nursing home care and by reducing the length of stay for stroke patients in hospital.

Despite these successes, we still have huge deficiencies in stroke care in Ireland. For example, six of our acute general hospitals admitting stroke patients still do not provide the most basic element of care required for them, which is a stroke unit. Simply managing people with a stroke in such an organised unit will reduce their chance of dying or ending up disabled by about 7 per cent.

Our most recent national stroke audit, published in January, showed that we have only about 40 per cent of the stroke- unit beds and therapists we need to care for all our patients, and currently only half of stroke patients are ever cared for in a specialist unit. Stroke is the third-largest killer in Ireland and the commonest cause of acquired, serious physical disability. Thirty thousand Irish people have a stroke-related disability and a further 8,000 will suffer a stroke this year.

While we have significantly reduced average length of hospital stay for stroke patients since the inception of the programme, admissions are still often too long and are about a week longer on average than for comparable UK patients.

A new, ground-breaking therapy called thrombectomy is now available. It’s a procedure where skilled neuroradiologists can remove large clots from the brain via blood vessels. The challenge we have is how we can deliver the treatment effectively when we often struggle to provide the most basic elements of care.

If a large additional sum could be found in the economy for “special cases” as advocated in the Dáil and elsewhere in recent days (and I hope it is) I’d like the opportunity to argue that my patients’ needs represent an equally special case and to show what we can achieve for even a fraction of the cost requested for other conditions.

Our ground-breaking therapies should not be discounted because our patients are less able to advocate for them. Health service spending needs to be prioritised according to which interventions provide the greatest level of benefit for the resources made available. Deciding priorities by whoever can best gain the attention of the media and politicians will eventually create more losers than winners. Those with the least resources for advocacy and those least able to articulate their case will end up with the worst care. Prof Joe Harbison is head of the national stroke programme

1 Aaron Brady, the man who said with pride he was a cop killer
2 Staycationing just means paying too much to sleep in someone else’s uncomfortable bed
3 Aaron Brady found guilty of capital murder of Det Garda Adrian Donohoe
4 Coronavirus: 40 new cases and one more death confirmed by Nphet
5 A chronicle of dignity and despair
Real news has value SUBSCRIBE