Stephen Collins: Nothing inevitable in politics, including Coalition’s return 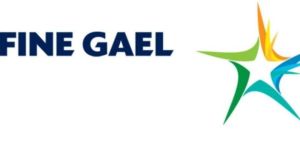 Fine Gael delegates cooped up in Dublin’s City West Hotel for their party’s pre-election ardfheis this weekend would do well to heed the warning issued to them by Micheál Martin one week ago.

The leader of Fianna Fáil claimed that Fine Gael had now become so cocky, it was seeking a coronation rather an election. “Well, this is a republic, and we don’t do coronations. The Irish people will decide.”

Fine Gael Ministers naturally reject the coronation jibe, but they need to be careful about how they couch a key part of their message: that there is no viable alternative to the return of the outgoing government.

There may be a great deal of validity in the claim, but if overstated during the campaign it could repel rather than attract voters. Being told they have no choice is not the way to win the hearts and minds of the electorate, and it could easily boomerang on the Coalition.

In 1948, Éamon de Valera’s Fianna Fáil government made stability its main argument in the face of a fractured opposition that showed no sign during the election campaign of coming together on any kind of common platform.

However, a substantial number of voters rebelled against being told that the country would be ruined if Fianna Fáil lost office. “Doomed be damned,” declared leading Independent TD James Dillon, and his message found a resonance with the electorate.

There are big differences between the Ireland of 1948 and today, of course. Back then, Fianna Fáil had been in power for 16 years and there was a palpable longing for change, even if the shape of that change did not become clear until well after the election.

Nonetheless, the outcome should serve as a reminder that the unthinkable can happen in politics and frequently does. A significant number of voters will not be swayed by the stability argument, and those who do think it important cannot be taken for granted.

One Fine Gael adviser mused during the week that the party should take a leaf from the way the two most successful and enduring county teams in football and hurling, Kerry and Kilkenny, always treat opponents with great respect and are humble rather than arrogant in victory.

There is also a danger in having the ardfheis on the eve of the election. The fighting talk that may be necessary to whip up the enthusiasm of the troops could well alienate uncommitted voters who don’t share the passionate convictions of the Fine Gael faithful.

A famous instance of this was the Fine Gael ardfheis of May 1977, just before the general election rout that followed a month later. Then taoiseach Liam Cosgrave delivered an emotional keynote speech in which he rounded on critics of the government, calling them blow-ins who should “blow out or blow up.”

Cosgrave was greeted with thunderous applause in the Mansion House, but the impact on the public was disastrous, compounding the poor image of an already unpopular government.

Another major one is the danger of getting involved in auction politics. One of the big contributory factors to Fine Gael’s worst-ever election performance in 2002 was the range of silly promises it made to the electorate.

There are signs that Fine Gael is now lining up to promise a range of goodies to the electorate, beginning with the abolition of the universal social charge (USC).

The party risks damaging its core appeal if it goes too far down this road. Fine Gael’s strongest selling point is that it has provided sound government and political stability at a time of great economic distress.

It is probably fair to say that about half the electorate either couldn’t care less about these achievements or takes them for granted. But Fine Gael’s potential appeal lies among voters who do value what has been achieved and fear a return to the policies that led to the crash.

One of the core lessons of the crash is that the tax system has to be widened and built on a solid base. Dismantling the very taxes that helped rescue the country from disaster is no way to proceed.

Politically as well as economically, Fine Gael would be foolish to get involved in a bidding war with other parties, because it is an auction it will inevitably lose: the Opposition will outbid it every time with even more unrealistic promises.

Fine Gael has never been in a better position going into an election as an incumbent government, but there is no guarantee of a second term.

1 ‘I woke up the next day in a guy’s house covered in bruises’
2 Coronavirus: What we know so far about how Ireland is affected
3 Coronavirus: Ireland plans for massive increase in tests
4 What is coronavirus and what should I do if I have symptoms?
5 Woman (38) appears in court charged with murder of Garreth Kelly
Real news has value SUBSCRIBE