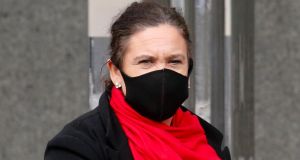 The declaration by more than half of Fianna Fáil’s TDs that they are willing to consider coalition with Sinn Féin after the next election represents a serious loss of nerve that has profound long-term implications for the party and for Irish politics.

The only conclusion that can be taken from the response of Fianna Fáil TDs to questions from The Irish Times is that they have lost confidence in the current political strategy of Taoiseach Micheál Martin. Since becoming leader of Fianna Fáil in 2011, Martin has based his entire approach on rejecting the aggressive nationalism of Sinn Féin and seeking to purse a policy based on the concept of a shared island. That is in stark contrast to the drive for a Border poll and a united Ireland being pursued by Sinn Féin.

6 Mothers going it alone: ‘A house filled with love’

16 Michael Walker: Why Marcelo Bielsa is manager of the season so far

20 David McWilliams: Why Ireland will recover faster than others

22 LeBron James tells Zlatan Ibrahimovic: ‘I will never shut up’

26 Social Democrats to explore options for growth in Northern Ireland

28 Johnny Watterson: I do not buy the apology around paedophile John McClean

29 Paul Flynn: Three satisfyingly simple dishes that anyone can cook

31 Cliff Taylor: Finding an Irish solution to our Covid-19 problem

32 ‘We can’t just dump our rubbish in the gorden. It’s the Vico Road – there’ll be meetings’

37 ‘There’s a slowness and lethargy in our children now, a low-level melancholy’

40 Blackrock cottage beside a babbling brook and parkland for €725k