Shoddy science is Silicon Valley’s weapon of choice against women 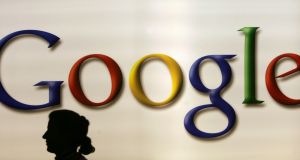 The science cited in the Google engineer’s memo is flawed. But since it was published at the weekend, there has been a groundswell of support for it on social media. Photograph: John MacDougall/AFP/Getty Images

Sexism has long been recognised as a problem in Silicon Valley. But a lengthy memo written by a Google software engineer, and leaked online, has laid bare the ugly underbelly of how some in this male-dominated world think about women. The “manifesto” (which at the time of writing remains anonymous) uses scientific evidence in an attempt to explain that women are, on average, biologically different from men, in ways that make them less likely to work in the same jobs. “Women generally have a stronger interest in people rather than things,” the software engineer writes.

A portion of his argument is indeed based on published science. In particular, there is a school of neuroscience that tries to popularise the notion that male and female brains are distinct. It claims that female brains are typically hardwired for empathy, while male brains are built to analyse systems, such as computers and cars. This all hinges on the idea that autism represents an extreme form of the male brain, caused by exposure to higher than usual testosterone levels in the womb. Yet recent experiments have repeatedly failed to find a direct link between foetal testosterone levels alone and autism.

Indeed, psychological studies show that there are only the tiniest gaps, if any, between the sexes, including areas such as mathematical ability and verbal fluency. Navigating this complicated field for my latest book, Inferior: How Science Got Women Wrong, I was told by a prominent American researcher into sex difference that he no longer refers to brains as sexually dimorphic, because the science simply does not support this. There isn’t a neuroscientist alive who can say with confidence which sex any given brain belongs to.

The science cited in the Google engineer’s memo is flawed. But since it was published at the weekend, there has been a groundswell of support for it on social media. Reportedly, some Google staffers have also quietly agreed with it. The journalist Toby Young personally informed me on Twitter: “Evolutionary psychology tells us there are genetically-based psychological differences between men and women.”

What they fail to understand is that there are published scientific papers out there to support every possible opinion, even that black people are intellectually inferior to white people. Getting published doesn’t make an idea true, it only means that someone has managed to get it into print. In evolutionary psychology, theories are sometimes little more than speculation strung together with scant evidence.

This is not because scientists don’t know what they’re doing, but because science is a slow process, not a growing string of truths. Ideas come and go, depending on what new research tells us. No single publication can be taken as fact in isolation; understanding scientific context is key. This is especially true of research into human biology and behaviour, which is complex and particularly susceptible to bias.

Bad science routinely slips through the cracks. Occasionally it rips open a gaping chasm. In the 19th and early 20th centuries, eugenicists in Europe and the US convinced universities and funding bodies – including the Carnegie Institution and the Rockefeller Foundation – that there are distinct human races, some of them weaker than others. They enjoyed enormous support from those who longed for scientific evidence to shore up their dangerous political aims.

As we know now, they were not just morally wrong, but factually wrong. In the 1950s, once millions of lives had already been destroyed, a conscious universal effort was made to shelve the shoddy science of race. But what have we learned from this tragic episode? Today, it seems very little.

Weak scientific evidence and empty theories are still being used to support troubling ideologies. Women are making enormous strides in science and engineering – yet, with some half-cocked hypotheses in their back pockets, male software engineers feel they have the right to tell them they are somehow biologically unsuited to this kind of work.

They forget, perhaps, that many of the world’s original computer programmers were women, including the first: Ada Lovelace. Women began to be marginalised in technology around the time that personal computing took off and become a lucrative industry. Male software engineers forget that discrimination and sexual harassment have driven women out of Silicon Valley, and kept countless more out in the first place.

The myriad historical, cultural and social factors that create inequality are all too easily glossed over when someone reaches for the closest, most convenient biological explanation for what they see. This isn’t just intellectual laziness; this is prejudice masquerading as fact.

Scientists must take some responsibility for the political implications of their work. But we all, as consumers of information, need to be more critical in our reading of science, and more careful about what we think it tells us. “Be open about the science of human nature,” writes the author of the Google memo. He is absolutely correct.

Those who want to use science to support their views – especially if they seek to undermine equality efforts in the workplace – must make an effort to fully inform themselves about the science of human nature. They may be disappointed to learn that it’s not as simple as they think.

Angela Saini is a science journalist and broadcaster. Her latest book is ‘Inferior: How Science Got Women Wrong – and the New Research That’s Rewriting the Story’