This is not just a pay issue, this is an equality issue. People have been systematically marked as worth less than colleagues who do the same work 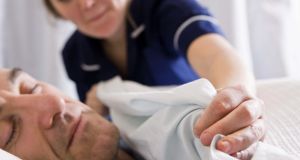 1. Workers and their unions sold out future colleagues

Unequal pay was implemented by government diktat, not as part of any agreement. The Croke Park Agreement (CPA) was signed in 2010. The government implemented cuts to new entrants without consulting unions in 2011, and again in 2012. Worse still, unions couldn’t take industrial action regarding pay as they had previously signed up to the CPA.

No member or union agreed to this to protect themselves; in fact, in the Haddington Road Agreement (2013), teachers’ unions agreed to take pay cuts in a deal that gave some restoration to new entrant teachers. The HRA also protected future entrants’ pay, preventing a recurrence.

2. New entrants will catch up

It was indicated that the cuts were temporary. They were proposed in The National Recovery Plan 2011-2014. The reasonable assumption was that emergency measures would end with the emergency.

Jan O’Sullivan, when a minister, repeatedly told the Dáil the Lansdowne Road Agreement will “begin the process of restoring the reductions to public service pay”, implying reductions will be reversed.

The economy is recovering at nearly twice the rate the Recovery Plan sought. In 2013, the government renegotiated the CPA a year early to cut spending because growth was below expectations.

4. Starting salary is higher than the average wage

The fairest comparison is with the average full-time wage in Ireland, which is €40,000 - far more than a new teacher, nurse or garda earns. Comparisons with the median wage of €28,500 are misleading because that includes 450,000 part-time workers.

It is claimed the OECD states our teachers are the best paid in the world and that public servants’ salaries compare very well internationally.

Irish public servants’ pay is nothing remarkable compared to Irish wages; the OECD states that even teachers unaffected by pay inequality earn 80 per cent of what similarly qualified professionals in Ireland earn.

The OECD report did not include new entrant salaries, which would drive Ireland’s average down significantly.

6. There’s no recruitment or staffing problem despite the differential

Failure to attract new entrants to consultant contracts means positions are often filled by “locum” doctors at a much higher cost.

The HSE pursues false economy while hundreds of doctors and nurses emigrate.

Some 16,700 applicants to garda training college cannot police our streets. The only relevant number is how many trained gardaí enter the force and stay in it.

In secondary teaching there is a surplus of teachers for certain subjects.

After years of oversupply there is a massive shortage of substitute primary teachers.

Schools regularly have no substitute cover for weeks at a time in the case of a serious illness. This arises due to poorly managed teacher supply but is compounded by the many recently qualified teachers who emigrated seeking fair pay.

Nurses, gardaí, teachers and doctors, educated and trained in Ireland, paid for by taxpayers, are leaving. Ireland’s loss of skills is a result of a policy which discriminates against new entrants.

7. This is only about money

This is not just a pay issue, this is an equality issue.

People have been systematically marked as worth less than colleagues who do the same work.

Luas drivers were offered a deal which would discriminate against future co-workers, demonstrating that a policy of inequality could become the norm. This is a problem not just for public servants, but for a whole generation.

Inequality cannot be excused for cost-saving. It was wrong when women’s remuneration was fixed as less than men’s.

It was wrong when LGBT people were denied equal privileges.

Righting these wrongs costs money - through equalising pay upwards and holding a referendum, but it is the right thing to do for a fair society.

1 Tuberculosis vaccine ‘potential game-changer’ in Covid-19 fight
2 Restarting Ireland: When and how will we ‘get back to normal’?
3 Mary Lou McDonald: This crisis shows that Sinn Féin was right
4 What is Houseparty, the app everyone’s talking about – and not in a good way?
5 Coronavirus: Situation in Ireland ‘misrepresented’ because of limited testing
Real news has value SUBSCRIBE