Rite & Reason: Let’s talk about God, whatever that means

The very idea of God is in contest, but it’s no longer as simple as believer v atheist 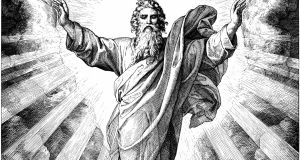 For many it’s a tall order to be asked to believe that, as the late American lawyer-philosopher Ronald Dworkin so neatly put it, “an all-powerful and all-knowing God created the universe, judges human lives, guarantees an afterlife, and responds to prayer”.

Recent controversy about clerical education at Maynooth invites the question whether the Catholic Church in Ireland has still further to fall. A flurry around issues of sexuality – gay or heterosexual – re-ignites broader issues relating to celibacy and ordination of women.

Statistics of falling church attendance almost certainly reflect resentment based on these issues alone. However they also suggest fundamental doubts about core belief. The very idea of God is in contest.

Maynooth and alternative seminaries may be centres of theological learning, but theology, and in particular modern theology, as something live and engaging, impinges but little on the consciousness of the average churchgoer.

Forms of Sunday worship don’t lend themselves to that. Preachers, moreover, will tend to stay “on message”. Parishioners are encouraged to take as read the care of a loving God, with little address to tougher questions concerning this all-powerful being who so often doesn’t seem to do what a good God should.

One suspects that a priest who is willing to engage in a public way with the real uncertainties that most of us share would be at risk of sanction.

Prevalence of the “don’t knows” is of course a modern phenomenon. Charles Taylor put the question in his monumental work A Secular Age: “Why was it virtually impossible not to believe in God in, say, 1500 in our Western society, while in 2000 many of us find this is not only easy, but inescapable?”

The theologian Vincent McNamara speaks of a further step on the road, “a result, for some of those who search, which is, that the inner orientation of their spirit does not terminate in itself but leads to a personal faith in a transcendent being”.

Rowan Williams, former Archbishop of Canterbury, also speaks of going beyond “spiritual” sensibility to a shared concern for more than the enhancement of the individual’s self-awareness, and the possibility that “an infinite agent utterly outside our frame of interlocking, interdependent reference” could be “personal”.

But for many it’s a tall order to be asked to believe that, as the late American lawyer-philosopher Ronald Dworkin so neatly put it, “an all-powerful and all-knowing God created the universe, judges human lives, guarantees an afterlife, and responds to prayer.”

A visit to YouTube allows viewing of a fascinating debate between Rowan Williams and scientist Richard Dawkins, on the subject of “Human Beings and Ultimate Origin.” What is remarkable is the civility and good humour of their exchanges and their evident mutual respect.

In truth, a simple yes or no divide between atheist and believer no longer works. We wrestle with the mystery. There is little one can safely say about God.

Even to speak of God as Father (male at that) is, of course, to use a metaphor.

Eastern spiritual traditions have been a considerable influence in the West in recent times. Some of these are theistic. Buddhism, largely the source of mindfulness practice, is not. Yet somehow the label “atheism” doesn’t seem to fit there.

God is not going away. On the contrary, God-fearing migrant people are coming in great numbers seeking entry to Europe. Ireland has a growing Muslim population; questions of integration and mutual understanding will become more pressing.

Here is a proposal: organise interfaith services on a once-a-month basis for Irish Christians, Muslims and Jews. Many of those who now shun public worship (the majority of the children of my generation) for reasons that include absence of women from ministry may be attracted to participate.

Such interfaith occasions would offer opportunities to share religious insights on the pressing questions of our time. Pope Francis’s Laudato Si on the environmental crisis would be one significant resource – a document exuding mindfulness.

Fergus Armstrong is a mediator with ONE~resolve, which mediates in personal, business and cultural disputes