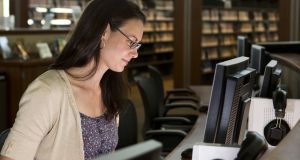 The Data Protection Commissioner’s threat of legal action unless Dublin City Library and Archive voluntarily removed the database was heavy-handed.

On Friday, August 12th, as part of research into an ongoing intestacy matter, I searched Dublin City Library and Archive’s (DCLA) online historic electoral register database. It comprises an indexed set of scanned images of the surviving Dublin city electoral rolls from 1937-1964. I was hoping to find trace of Joseph McGrane, born in 1881, and I was successful. Three days later, I returned to the database to find a notice stating it had been withdrawn.

Subsequent inquiries established that Cork County Council had approached the Data Protection Commissioner (DPC) about setting up a similar database, but the commissioner’s response had the effect of causing the removal of the DCLA database, apparently because the information could cause “upset” to living people.

The electoral register took its current form under the Representation of the People Act, 1918. While its primary purpose is to record a citizen’s right to vote, current and superseded registers have long-established legitimate secondary uses of “public benefit”, such as proof of identity and residency, credit referencing, historical population analysis, legal and probate research, evidence in court cases, crime detection and genealogy and family history.

Copies are routinely transferred to the National Archives, and local authorities deposit copies with local libraries and the National Library.

Until the Electoral (Amendment) Act, 2001, there was no public restriction on the use of electoral register data. The 2001 Act provides for an “edited” register, comprising details only of those who have “opted in”, which third parties can use for commercial purposes. Yet there remains no restriction of access to the “full” register. It can still be inspected by anyone: the hard copy can be thumbed through at local Garda stations and libraries, while online (checktheregister.ie) one can “confirm” any entry where the name and address is already known to the searcher.

The electoral register is the result of an annual canvass noting, by address, each individual resident. It does not provide anyone’s age or date and place of birth, nor their occupation, marital status or the relationship between family members. Clearly, the electoral roll does not constitute a census. It’s simply a list of people arranged by address, much like Thom’s directory. And given that the register is a public record, those canvassed could never have had any expectation that the information would be anything other than in the public domain.

The DPC’s threat of legal action unless DCLA voluntarily removed the database was heavy-handed. Because of DCLA’s sensible 50-year cut- off there has been not one complaint. This is a widely accepted policy, one followed in the UK, where “historic” electoral registers for many areas are online up to 1960.

It is not the first time that DPC has blocked genealogists’ access to public data. In 2014, DPC took issue with Heather Humphreys, and her department’s decision to publish online the General Register Office’s (GRO) index to all births, deaths and marriages, from 1845 up to 2013. While the publication of the GRO data was legal, security risks were claimed due to inclusion of dates and places of birth, mothers’ maiden surnames, ages, links between marriage partners and marital status – all of the things that the electoral register expressly excludes. After a brief standoff, the department suggested following the practice in Northern Ireland, restricting online access to 100 years for births, 75 for marriages and 50 for deaths. Nevertheless, the online GRO indexes contain far more sensitive information than electoral registers.

The DPC’s actions demonstrate a lack of judgment, taken without carefully weighing the facts. There is long-established precedent for general public access to voters’ registers, copper-fastened by section 80 of the Local Government Act, 2001. Contrary to DPC’s claim, DCLA’s decision to publish online “historic” voters registers does not constitute a “further processing” of data beyond the purpose for which it was originally obtained – which was to be a matter of permanent public record. DCLA would be well advised to put on its best poker face and reinstate its database to call the DPC’s bluff.