Patrick Honohan: The Troika brought austerity, and other myths of the Irish crash 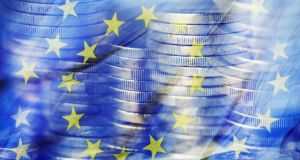 'The main cause of the Irish crisis was clearly the wave of reckless bank lending which preceded it; but most of the fiscal austerity measures did not go to pay for the bank losses.' Photograph: iStock

If globalisation allowed Irish banks and their customers to become overextended pre-crisis, globalisation also played a part in facilitating political acceptance of the painful path to recovery. Most Irish people are aware (through migration, employment and the internet) of the global economic context by which Government policy is constrained. This prepared them to accept the unavoidably wrenching reductions in living standards that followed.

If financial buccaneering got us into trouble, financial engineering was employed to ease the recovery.

There was symmetry too, in the cautious way in which successive crisis-period governments sought to get the economy back to pre-bubble stability. They cauterised the excesses of banking and property speculation without reneging on contractual obligations. But they did not otherwise seek to re-engineer economy or society.

Although the main elements of the financial crisis are well known in Ireland, some important dimensions of the crisis management period are less well known and some aspects tend to be misunderstood. My new book, which naturally emphasises the story as seen from the Central Bank, seeks to complete the picture before these events retreat into history. In the process it attempts to correct some misapprehensions.

The main cause of the Irish crisis was clearly the wave of reckless bank lending which preceded it; but most of the fiscal austerity measures did not go to pay for the bank losses. Even without those losses, measures were going to be needed to fill the large hole in the rest of the public finances that the economic downturn had exposed.

The Troika programme did not cause Ireland’s austerity; it eased it

Where the banking losses had a big impact was in accelerating the need for budgetary re-adjustment. The income tax and levy increases, the cutbacks in spending on public services and the retrenchment of public service salaries could have been spread out over a longer adjustment period if investor confidence in Ireland had not been so shaken by the disclosure of such heavy banking losses.

Likewise, the Troika programme did not cause Ireland’s austerity; it eased it. Ninety per cent of the job losses had happened by the time the Troika arrived. By providing loans when the private market would not, the programme allowed the Government to make the fiscal adjustments in a more orderly and gradual manner.

The choice of which taxes and spending measures to target was largely one for the Government. The Troika pushed some suggestions but, for the most part, they were content with any reasonable choice of measures as long as the net impact on the Government’s deficit was sufficient.

While it is easy to point to shortcomings in the design of the euro, membership of the euro area cannot be blamed for the Irish crisis. As with Ireland’s previous exchange rate regimes, economic performance depended on the accompanying fiscal and regulatory policies being well adapted to the new regime. Ireland’s fiscal and regulatory policies in the first decade of the system fell far short of what was needed to stay safe.

But management by Europe of the euro area crisis as a whole was also poor. Even those governments with headroom stopped their countercyclical fiscal spending too soon. The ECB’s actions, though vigorous, failed at first to recognise and fully understand the severity of the unfolding crash. The steps taken both by the ECB and the Eurogroup ministers lacked clarity and persistence.

In many cases, censoriousness and lack of trust permeated the approach from officials on the creditor side. At first, the official lending to Greece, Ireland and Portugal was at rates of interest that did not make sense. Only later was a more reasonable approach adopted (and even this was not enough, especially for Greece, where avoidable hardship persists today).

After the expiry of the initial bank guarantee, the Irish Government would have willingly seen losses imposed on the unguaranteed senior debt of the failed banks Anglo and INBS. It was wrong-headed of ECB decisionmakers to block this (and inconsistent with the general policy on bank resolution subsequently adopted in Europe). Belatedly recognising this, they may hope that acquiescence in the complex financing arrangements around the subsequent liquidation on IBRC, which have worked for Ireland even better than hoped, has made amends.

Crisis management brought the Central Bank of Ireland, long accustomed to a largely passive role, into unfamiliar territory. For a while it assumed a much greater prominence in the economy and society. Its first priority was ensuring that the country would not slide further into a semi-permanent slump of over-indebtedness.

No longer deferential to the banks, the Central Bank nevertheless found, as in other countries, that it was a difficult and slow job to get the banks to acknowledge the scale of their prospective losses; to deal with non-performing borrowers in a fair, sensitive and sustainable manner; and to eliminate sharp practice and worse vis-à-vis their customers’ behaviour engendered by a long-standing culture of corporate entitlement.

Symmetry has its limitations. There were missed opportunities in the manner in which recovery was achieved. As they struggled to cope with the downturn, Government did not seize the occasion to radically re-imagine the Irish economy. Policy with regard to the efficiency of the legal system, land-use policy and affordable housing, for example, lacked transformative vision. These remain to be effectively tackled.

Patrick Honohan was governor of the Central Bank of Ireland from September 2009 to November 2015. His Currency, Credit and Crisis: Central Banking in Ireland and Europe is published by Cambridge University Press.

1 Drug dealer loses codes for €53.6m bitcoin accounts
2 Anti-Irish bigotry in Britain has not gone away
3 Would you kill one person to save five? Depends if you’re a millennial or not
4 ‘IRA has gone away’: McDonald responds to Garda Commissioner’s comments
5 L’Arche founder implicated in sexual abuse of women
Real news has value SUBSCRIBE