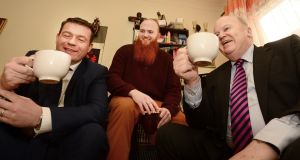 Renting is becoming the norm for many in a nation that was once highly dominated by owner occupation. The proportion of households who rent privately has increased in recent years, particularly among low-income groups who would otherwise have been seeking social renting, and younger people who cannot afford to buy a home due to high deposits and the more measured controls on lending by financial institutions. We now talk of “generation rent” and those who depend on the “bank of mum and dad”.

Since the financial crash of 2008, the role of the private rented sector has taken on more importance in Ireland, both North and South. Unlike in other European countries, renting in Ireland has traditionally been seen as a temporary option for students, those on low incomes or immigrants, with the main thrust of housing policy supporting home ownership at all costs. This view of the private rented sector is no longer tenable.

More and more Irish families are renting for longer. Twenty per cent of the population in the Republic now rent their homes, a similar proportion to Northern Ireland, with a higher percentage in urban areas. Delayed family formation, unaffordable house prices, a lack of social housing options, as well as a reluctance to be tied to a 35-year mortgage mean this situation will be the norm for the foreseeable future. It also has been Irish Government policy since 2011 to support all housing types equally, meaning renting can no longer be treated as the “Cinderella” of housing.

While the problems faced by single people and couples living in the private rented sector can at times be glossed over, it is difficult to ignore a worsening homelessness problem, particularly with 70 families a month becoming homeless and more than 1,500 children ending up in emergency accommodation. This of course has contributed to the introduction of this week’s rental and housing measures.

Tenants’ rights are also to be strengthened, with mechanisms to ensure attempts aren’t made to circumvent the rent freeze. For example, landlords who say they wish to end a tenancy to sell the property or to allow a family member to move in will now have to prove this is the case.

Landlords should also welcome this package. Landlords who rent to a tenant on social-housing support such as Rent Supplement or the Housing Assistance Payment scheme will be entitled to 100 per cent mortgage interest relief. Plans are also in place to speed up enforcement processes related to rent arrears and antisocial behaviour.

A measure that has received less attention is the forthcoming deposit-protection scheme, where rent deposits will be lodged with the Private Residential Tenancies Board rather than held by the landlord as is currently the case. The housing charity Threshold, of which I am a director, has consistently highlighted the unlawful retention of deposits as a significant hidden cause of homelessness.

A typical deposit of €1,000 will often represent a family’s total savings, and the failure to return the deposit can create a significant obstacle to obtaining alternative accommodation. A similar scheme began in Northern Ireland in March 2014, after being successfully rolled out in England, Wales and Scotland. It is working well, and its introduction in the Republic of Ireland will no doubt be equally successful.

While the State increasingly relies on the private rented sector to accommodate those who would have been traditionally housed in the social rented sector, it is important that it also recognises the need to encourage and retain a robust sector with adequate protection, particularly for the most vulnerable. At the same time any disinvestment in the sector could lead to further pressures on waiting lists for social housing or on temporary measures, such as accommodating those who become homeless as a result in hotels and guesthouses. A longer-term vision needs to be developed beyond the four-year horizon of these measures.

By dealing with the immediate crisis, the Government now has space to develop a strategy for the future of the private rented sector that recognises renting will be a long-term option for families who can neither afford to buy a home nor qualify for a limited supply of social housing. Such a strategy should tackle issues such as security of tenure, long-term rent certainty, quality of rented housing, promoting institutional investment and dealing with the difficulties in the buy-to-let sector.

It is in all our interests that a long-term strategy for the private rented sector is developed. This should be a top priority for the Government.