Paddy Cosgrave: Why I moved the Web Summit to Lisbon 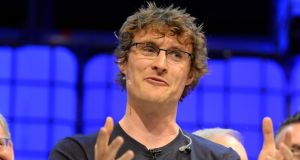 Today I held a video conference meeting with my team in Dartry to talk about our announcement that we are moving Web Summit to Lisbon in 2016. I could not be there in person because I was in Lisbon for a press conference.

There was lots of excitement and, yes, some concerned questions from my team.

This is a big move for us, to leave Dublin after 5 years. Web Summit started its life in a sitting room in Ranelagh. The first event was small, with just 400 attendees. Since then, Web Summit has grown into the most important gathering of startups on the planet.

This November we’re expecting 30,000 attendees to descend upon Dublin and we estimate that more than 50,000 attendees will come to our events over a 12-month period - more than have come to Web Summit in its history prior to 2015.

We are proud of the fact that we have become an important pillar of the global startup ecosystem. 90% of our attendees come from abroad.

That said, we are an Irish company. Our roots are Irish. Our first attendees were all Irish. It was those first attendees who became our greatest champions, spreading the word of Web Summit far and wide. We couldn’t have gotten here without them.

So it is hardly surprising that the reaction has not been totally positive. It has not been an easy decision to move Web Summit from its Irish home. We are going because we want to take the next step on our journey to international growth.

In the last six months we have held gatherings in Las Vegas and Hong Kong. These new brands - Collision in the US (which next year will be in New Orleans) and RISE in Hong Kong - are now firmly established. Next February this stable of events will be joined by SURGE in India.

We needed a new home for future growth.

It is no secret that we have been looking at various locations around Europe to support future growth and provide attendees with the best possible experience. We chose Lisbon because of the strong infrastructure in the city, the world-class venue and the thriving startup community.

In 2015, Lisbon became the first city to receive the European Entrepreneurial Region award. Investors from across Europe have started looking to Lisbon to capitalise on the low rents and affordable IT talent. Dozens of Portuguese startups have exhibited at Web Summit and Codacy won Web Summit’s PITCH competition last year.

But don’t take my word for it: here is Mike Butcher of technology blog TechCrunch who knows what he is talking about when it comes to startup communities: “Lisbon is emerging as a genuinely new tech ecosystem in Europe, with Berlin-levels of cheapness but with Southern European weather.”

So we leave with some sadness. Our HQ is here in Dublin and will remain here. We employ more than 130 people here and plan to continue growing fast.

We will always be grateful for the support and encouragement we received from the Irish community and those first Irish attendees who helped turn our tiny idea into something beyond anything we ever imagined.

Now we will be concentrating on making Web Summit 2015 the best ever. We’ll be opening the doors to over 7,000 Irish students and graduates as well as thousands of speakers, investors, media and startups.

We like to think that Web Summit is a gathering of the decision makers of today and the entrepreneurs of tomorrow. We will continue to try to showcase the future while delivering new ways of bringing people together, wherever it may be in the world.