Opinion: How to rescue the Irish language

The focus at primary level, from junior infants to 6th class, should be on conversational Irish 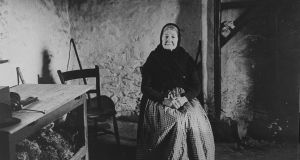 How often do we hear people say that they wish they could speak their native language?

Despite 14 years of learning Irish, the majority of people are unable to speak their native language with confidence. In a recent survey carried out by the Irish Primary Principals’ Network (IPPN) of our members, over half of the respondents stated that the strategy for Gaeilge is not clear and that they favour a “radical overhaul” of the Gaeilge curriculum.

With the many 1916 commemorative events taking place this year, the time is ripe to discuss the curriculum of our native language and how we can revive it among our children for generations to come.

A considerable amount of energy has been put into the teaching of Irish. Most teachers would agree that the teaching methodologies used to date have not been effective in developing fluency in the Irish language. Language competency is normally acquired through listening, speaking, reading and writing – in that order. However, rote learning is still a feature in preparation for exams and some teachers are over-reliant on the use of work books.

Too many children say they “don’t like Irish”. We have to ask the question why. The answer lies in differentiating between learning Irish as a living language through conversation and communication as opposed to learning Irish as an academic subject.

The new Primary Language Curriculum goes some way towards addressing these challenges. I am, however, proposing a radically different approach to the Irish curriculum across all primary and post-primary schools.

Throughout primary level, the emphasis will continue to be on aural and oral language skills. We need to focus on teaching the language through fun and games, including drama, songs, stories, proverbs, humour and jokes, etc. Every school could be a bilingual school.

Second-language learning does not have to be a burden. More than half of primary school principals who responded to the recent IPPN survey said that they wanted the time for Gaeilge to be increased but not if it is just more of the same failed methodologies.

In the same survey, principals said that they would like to see more time given on the curriculum to physical education. This is the perfect opportunity to integrate the two subjects – by teaching PE through the medium of Irish. This allows for interactive conversation in the present tense as opposed to language which reports events using the past tense.

In debates about the Irish language and the primary curriculum, there is often reference to a lack of competency of some teachers regarding their ability to teach Irish. Rather than blame teachers, we need to look at how they are being taught to teach Irish. The training of teachers and the focus on Irish in teacher-training college also needs to be reviewed in conjunction with these changes and all colleges need to work to the same standards.

At post-primary level, conversational Irish will continue to be taught to all students up to the end of the secondary cycle. In addition, Gaeilge will be offered as an academic subject with assessment, for those who wish to study it on the same basis as students taking Spanish or German.

In summary, my vision for the future of the language is that conversational Irish would be compulsory for all students, from junior infants to Leaving Cert; academic Irish would be optional and assessed accordingly at post-primary level.

There may be powerful arguments against adopting this as a strategy. However, in the words of Albert Einstein “the definition of insanity is doing the same thing over and over again and expecting different results”.