No dating, please, we are Generation Snowflake 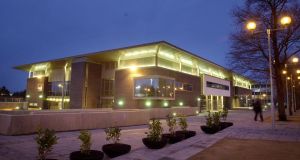 We are the generation that coined the terms Netflix and chill. Yet, according to Prof Jean Twenge of San Diego State University, the stamp of promiscuity placed on the infamous Generation Snowflake might be based more on narrow-minded assumptions than fact.

Despite this universal sexual awakening, the current generation reportedly has fewer sexual partners than its predecessors. “This is consistent with their image as a tolerant, individualistic generation accepting others’ choices and making their own,” Prof Twenge said. Apparently our assumed role as social rebels promoting casual sex and equality actually equates to having less sex.

Two-thirds – 67 per cent – of participants had been sexually active within the previous month of responding to the survey. It appears a large proportion of college students attending Ireland’s largest university are engaging in frequent sexual activity. Whether or not they are having less sex than their predecessors is difficult to quantify. However, it would be difficult to imagine they were.

The absence of a proper dating culture in Ireland could explain the discrepancy between both sets of results.

Debatably, my generation increasingly harbours issues with emotional intimacy. There is a new category emerging between single and being in a relationship. It is a gaping grey area of an undefined situation.

Many of us believe that before entering a relationship, or even dating, it is necessary to casually interact in a physical manner.

This new step in millennial courtship has become not just more prevalent but, almost expected in Irish society. Dating culture in Ireland is not only in decline but is practically nonexistent.

It is here that things between the Irish and American millennial appear to splinter. When talking with American friends living in Ireland about the lack of dating culture in this country, it is obvious that the notion of going out on a date with an acquaintance is a far more respectable practice in the US. The thought of being asked out by a stranger with whom one has had little interaction would horrify most Irish youths. To be concise, it is not normal.

This study and the comparison to the Irish millennial may startle some. However, the media’s reaction and the fascination with this and similar studies identify a key problem: we appear to only be able to converse about sex and its implications when scandalised or sensationalised.

Our focus on sex within society and the media’s interpretation needs to move past our obsession with the promiscuity of the youth or lack thereof. Rather, it needs to focus on sex in terms of education, and eradicating the numerous problems our society is riddled with as a result of our inability to communicate about sex outside of the confines of controversy.

1 Brendan Gleeson as Donald Trump: ‘A mediocre impression and possibly a great performance’
2 Aer Lingus staff say they are living in ‘near poverty’ and unable to cover rent
3 Coronavirus: Warning of similar measures for other counties as Donegal moves to Level 3
4 Dr Martin Feeley: Young and healthy majority need to be allowed to live
5 Two turnkey homes for sale on same street as owners leave Dublin
Real news has value SUBSCRIBE