Leadership will have to do more to secure economic and monetary union 2.0 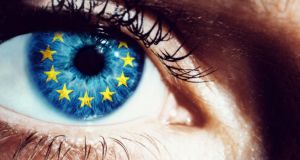 “Completing EMU will require some form of fiscal integration in the end.”

Policymaking is generally a messy business. Those in the thick of it know that it rarely starts from a clean slate but is bound by past decisions. Those on the sidelines understand that it involves human fallibilities and foibles. The process pits ideas against interests and typically runs up against time and resource constraints. All of which tends to result in incremental adjustments to the status quo rather than radical change.

Indeed, ‘muddling through’ is a charge that is often laid at the door of politicians and bureaucrats. This is especially so in Europe, where forging consensus – albeit with the occasional bias – and small, step-by-step reforms are the norm.

Add some instability into the mix though and the landscape can shift quite a bit.

The architecture of the euro zone is a good case in point. The economic and financial crisis revealed a number of weaknesses in the governance of economic and monetary union (EMU), leading to unprecedented policy actions and an overhaul of policy structures in the bid to “save’’ the euro.

Remember the International Monetary Fund (IMF) intervention in Ireland? Now the euro zone has its own permanent mechanism to assist countries in financial difficulty. The toolkit of the European Central Bank (ECB) has also been expanded to include quantitative easing. These days it can buy government bonds like other central banks whereas interest rates were the main lever it had to hand before. As for bank-sovereign doom loops? Well banking supervision and resolution is no longer the remit of member states; watchdogs in Frankfurt and Brussels have taken this over.

This raft of ‘fixes’ has done much to address the design flaws of EMU 1.0. But is it enough to safeguard the smooth functioning of EMU 2.0?

The perceived wisdom – among mainstream economists anyway – is that there is still further to go. Important aspects of the new banking set-up aren’t over the line yet and progress is needed on integrating capital markets.

Completing EMU will also require some form of fiscal integration in the end. This follows from the fact that things turn sour every now and again. That’s just the way it is with economies. Some fiscal capacity at the euro-area level could help balance out cycles though and better deal with shocks that are too big to manage solely at the national level. Lightening the stabilisation burden for member states in a downturn would help speed up their recovery, to the benefit of all.

And there’s no shortage of academic thinking out there about what this might involve. A euro-wide unemployment insurance scheme, for instance. Or a co-funding of investment projects with the spending adjusted according to where countries are in the economic cycle. What about a greater pooling of budget decision-making and issuing common debt? Or maybe a fully-fledged fiscal union with a euro-zone treasury function?

Some of these thoughts have even made their way into policy circles. But the reality is that we are nowhere near having anything resembling a euro minister for finance anytime soon.

While France’s president Emmanuel Macron is very much up for ‘more Europe’ and has been pushing hard for a joint fiscal capacity, not everyone is keen. The Dutch have pretty much said no and the other members of the new Hanseatic League – the Irish, Nordics and Baltics – remain sceptical.

That said, there are some political discussions about a euro-zone budgetary instrument going on at the moment. Its scope has been limited to convergence and competitiveness, however; far short of the macroeconomic stabilisation function envisaged by the outgoing presidents of the European Union institutions. We will have to wait and see whether the incoming presidents take up the baton on this, but as some meaningful fiscal capacity in Brussels would lighten the load for monetary policy in Frankfurt, Christine Lagarde at the ECB should at least be on board.

The lack of political appetite for any of this is, of course, understandable. There are moral hazard concerns. If there is a pot of gold at the ready to cushion any fallout, what’s to stop governments from pursuing inappropriate economic policies? There are implications for taxation; and for sovereignty more generally. Is further hollowing out the nation state a clever move at a time when populism is on the rise? What about democratic accountability? And if treaty changes are needed at any point, well, referendums on EU matters can be difficult.

This brings us back to the interplay between ideas and interests. It’s easy to see why politicians might take the view that fiscal union is not in citizens’ interests. A more stable and prosperous euro zone clearly is though. This is the salient point.

Governments and the EU institutions demonstrated their collective commitment to the euro once before. They steadied the ship then. The challenge now is to keep it sailing on. This means a structured effort to complete EMU, and preferably before another crisis comes along and forces the issue.

For sure, policymaking is a messy business.

Loretta O’Sullivan is group chief economist with Bank of Ireland