Nationalism and unionism are becoming less relevant in the North 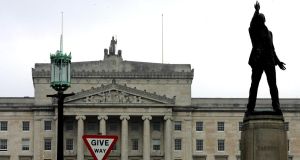 The Life and Times Survey of northern attitudes has, since 2006, shown the largest group in Northern Ireland are not unionists or nationalists but those who identify as neither. Photograph: Eric Luke

The middle in Northern Ireland is bigger than people thought. At a time when the rest of the democratic world is falling over itself to be as polarised as Northern Ireland, people there have given an unprecedentedly large vote to the moderate, constitutionally agnostic Alliance party.

This should not have come as a surprise. The regular Life and Times Survey of northern attitudes has, since 2006, shown that the largest group in Northern Ireland are not those identifying as unionist or nationalist, but those who identify as neither.

Last week’s results were, however, the most striking illustration of a trend towards a more complicated, less binary society. One of multiple minorities. Northern Ireland exists on the basis of a unionist majority, but unionist parties have not won an overall majority of votes since 2005.

The dominant – though often unspoken – view in northern nationalism has been structural shifts in demography will create a majority for Irish unification. But despite the Catholic population rising, the nationalist vote has plateaued – if not slightly declined. Sinn Féin and the Social Democratic and Labour Party (SDLP) collectively won 35 per cent of the vote in the European elections, down from 42 per cent in the same elections a decade ago. Some will say this is because lots of nationalists “lent” their preferences to Alliance in this election, but until the provocations of Brexit and the renewable heat incentive scandal, the same trend was visible in Stormont and Westminster elections.

There is unavoidable evidence that the constituency of unaligned voters for whom identity politics is either irrelevant or actively repellent is growing. But both unionism and nationalism appear determined to avoid that conclusion. Polling data such as the Life and Times Survey suggests this group mostly voted Remain, mostly approve of the backstop and would mostly be content with the status quo if it could be preserved (ie devolved, powersharing institutions inside the UK but with deep links to the Republic).

But they are also disillusioned by Brexit to the extent that a significant proportion have become more attracted to unification in the context of that disruption. It is, by definition, the only group that is likely to be open to persuasion about Northern Ireland’s long-term constitutional position. Which begs an important question, and one which has relevance for the whole island – why are so few politicians trying to persuade them of anything?

This question is particularly stark for those who are broadly defined as moderate nationalists. Despite being its largest representative, the SDLP does not have the word nationalist in its name. This was a product of the coalition of disparate strands of northern politics it brought together from the embers of the civil rights movement: labour activism, rural nationalism, non-violent republicanism and anti-sectarianism.

Though the party has retained an aspiration to Irish unity, it has for decades now struggled to articulate a unification vision distinct from the strident identity nationalism of Sinn Féin, which the latter misnames republicanism. In many ways, this should not be seen as a failing of the SDLP, which can claim much of the intellectual and moral credit for the structure of the peace settlement. But that very spirit, of peacemaking and reconciliation – of putting a constitutional aspiration on hold until calmer times – is routinely used against them by Sinn Féin, who call them the Stoop Down Low Party.

Reacting to these barbs, the SDLP has sometimes appeared more preoccupied with preserving its right to be called nationalist than actually persuading any of the growing number of unaligned voters of a constitutional case. Why have they bothered? I am not aware of any evidence that a single Sinn Féin voter has moved their allegiance back to the SDLP after switching. “The Stoops” have never been, and can never be, as authentically nationalist than Sinn Féin. They should probably stop trying.

There is a core pale green vote which will never support Sinn Féin because of the party’s IRA connections. That market is safe but not growing. Unaligned voters, with less attachment to a single identity, and open to persuasion on the Constitution, are a growing market. They are open to persuasion not on the basis of appeals to identity, but rather the promise of social and economic progress – and continued European Union membership. The SDLP’s campaign for the EU parliament was its most energetic and effective for years. It was also the least green: literally, they hired an enormous bus painted in EU blue.

During the course of the campaign, prominent SDLP – and Ulster Unionist Party – politicians reacted angrily to the implication by an Alliance politician that to be either unionist or nationalist is inherently sectarian. In some ways, the anger was understandable: of course, no constitutional view is sectarian in the sense of being bigoted.

They are many strong arguments in favour of Irish unity – as there are for continued membership of the United Kingdom – but for a change in Northern Ireland, those arguments will actually have to be made. There are non-believers willing to listen, but urging them towards faith will not be enough.