Many people helped to draw ‘the map of an Irish hell’

A decade after the Ryan report, still no memorial to those coercively confined by State 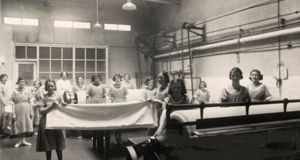 Today marks the tenth anniversary of the publication of the report of the Commission to Inquire into Child Abuse.

The Irish Times described the report as “the map of an Irish hell” and cautioned readers to remember that “alongside the warmth and intimacy, the kindness and generosity of Irish life, there was, for most of the history of the State, a deliberately maintained structure of vile and vicious abuse”.

The report, often referred to as the Ryan report, set out in stark and uncompromising terms the maltreatment to which so many children had been exposed in an extensive network of residential institutions. Rather than being nurtured, comforted and educated they were beaten, starved and exploited.

To recognise the magnitude of the harms caused, and so that we would never forget, the commission recommended that a memorial should be erected. It would be inscribed with some of the words from the apology issued by the taoiseach, Bertie Ahern, when he established the commission a decade previously.

In February 2013, the then taoiseach, Enda Kenny, apologised on behalf of the State to the women who had spent time in Magdalene laundries

Visitors to the memorial would read of the State’s “sincere and long-overdue apology to the victims of childhood abuse for our collective failure to intervene, to detect their pain, to come to their rescue”.

An international competition was announced and the winning entry, Journey of Light, was to be constructed adjacent to the Garden of Remembrance on Dublin’s Parnell Square.

Concerns were expressed about the appropriateness of locating the memorial so close to a place that was dedicated to the memory of those who had given their lives for Irish freedom. An Bord Pleanála refused permission for the plan to go ahead. A search for an alternative site proved fruitless. No memorial was built.

In February 2013, the then taoiseach, Enda Kenny, apologised on behalf of the State to the women who had spent time in Magdalene laundries and promised a permanent memorial as a reminder of this grim aspect of Irish history.

Nothing has been built.

Last month it was proposed to build a national monument, possibly in Phoenix Park, to those who had spent time in mother and baby homes. Progress is awaited.

The staccato nature of proceedings is concerning. To make sense of it requires grasping what is meant by “coercive confinement”, a term coined by Eoin O’Sullivan of TCD and myself to embrace the wide range of institutions in which men, women and children were involuntarily detained during the early decades of independence.

In the late 1950s, more than 31,000 citizens were coercively confined in prisons, psychiatric hospitals, reformatory and industrial schools, mother-and-baby homes, and Magdalene laundries. This level of incarceration had changed little since the 1920s and comprised more than 1 per cent of the entire population; a statistic all the more remarkable given that this was a time of huge outward migration.

In large part, the rate of coercive confinement can be explained by the State’s commitment to a form of national life that emphasised the family farm as a fundamental unit of social organisation.

The psychiatric hospital – whose inmates surely deserve to be memorialised – served both as a dumping ground for troublesome or supernumerary family members and a welcome source of employment to the rural dweller for whom the land was insufficient to yield an adequate living.

The experience to date suggests that disjointed thinking has been unproductive

The institutions that held mothers who gave birth out of wedlock and arranged the adoption of their babies, sometimes by couples on the other side of the Atlantic, reduced any threats to perceived respectability and the system of inheritance.

The Catholic Church offered employment opportunities, and status, to children who would not inherit and did not emigrate. This ensured a plentiful supply of staff, sometimes resentful and apathetic, for many of the schools and homes that were integral to the apparatus of social control.

The closing decades of the 20th century were a time of widespread change. Ireland joined the EEC. Economic development created jobs off the land. Modern treatments became available for the mentally ill. The stigma associated with “illegitimacy” faded and the State introduced an allowance that enabled unmarried mothers to survive financially. Free secondary education came on stream. Religious life became less attractive and vocations fell.

As a result, the institutions of coercive confinement – with the exception of the prison – declined greatly in significance.

This broader context has two implications for how we consider memorialisation.

The first is to think in terms of remembering the harms of coercive confinement in general rather than proceeding on an institution-by-institution basis. The experience to date suggests that disjointed thinking has been unproductive.

The second is to extend the debate beyond the respective roles of church and State to include how Irish families contributed to the longevity of the system.

Until we overcome the reluctance to accept that we knew more than we might like to acknowledge about the distress and pain in our midst, meaningful progress will be impeded.

Ian O’Donnell is professor of criminology at University College Dublin