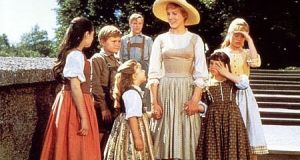 After a recent column here about the dubious honour of being addressed as “sir” (or even “sore”) in Dublin, several readers reminded me of a passage in Myles na gCopaleen’s An Béal Bocht, where the term is used with similar ambivalence.

The scene in question involves a visit to the impoverished Corcadoragha Gaeltacht of a foreign inspector who, it has been overhead in Dingle, will reward local households “two pounds a skull” for every child who can speak English “instead of this thieving Gaelic”.

It’s possible something has been lost in translation: the narrator mentions in passing the notorious unreliability of Dingle people. Nevertheless, hearing also that the inspector has bad eyesight, the protagonists devise a cunning plan.

By the time he arrives, the dark interior of their hovel has been filled with piglets, dressed as children. And such is the stench that, as calculated, the stranger merely peers in the doorway from a safe distance, before asking:

After further exchanges, the inspector departs, apparently oblivious both to the ruse and to the bilingual insult he has just suffered. A footnote to the novel’s English translation explains the “Gaelic pun”: that in Irish, sor means “louse”.

This may be part of the reason why, as I’ve also since been reminded, the Irish phonetic spelling of “sir” features in Terence Dolan’s A Dictionary of Hiberno-English, defined as follows: “a title of respect (or disrespect) addressed to a male”.

But while I was poking around in the “So” corner of said dictionary, and changing the subject somewhat, my eye was caught by another common expression – “so long”, meaning “goodbye” – and the intriguing reason why that should feature in any list of Hiberno-English phrases.

It’s not usually considered HE. If anything, it’s an Americanism of unexplained origin.

The reason it makes Terry Dolan’s dictionary is a theory – which he doubts– that it comes from the Irish slán.

Thus the dictionary quotes from a 1986 essay on “Irish Usage in American English”: “When Americans heard Irish laborers saying Slán [...] instead of Goodbye, they thought they were hearing So Long”). But Dolan declares this “improbable – as are the suggestions that [so long] may originate with Hebrew sholom or Arabic salám, peace”.

Certainly it would be fun to think that when the Von Trapp children sang “So Long, Farewell, Auf Wiedersehn, Goodbye” they were unwittingly using the cúpla focal. And if it’s true, you could also never listen to the late Leonard Cohen in the same way again when he serenades his lost love with “So long, Marianne”.

The problem is that language is full of phonetic coincidences, and before accepting origins, spoilsport etymologists insist of seeing a chain of evidence for when and where words and expressions first appeared in print.

Lacking which, it’s at least as likely that the Von Trapps (via Rodgers and Hammerstein) were echoing a German phrase adieu so lange, or something else.

One big thing the slán derivation has going for it, however, is timing: “So long” first appeared in American English circa 1850, just as a mass wave of Irish emigrants, many of them Gaelgeoirí, arrived.

For this reason, the Merriam-Webster dictionary admits the slán origin is “not an unreasonable theory”, but adds that it has “gaps”. Chief among the latter is an absence of evidence that “so long” was being used by Hiberno-English speakers, or Irish-Americans, first.

Merriam-Webster marvels at how quickly it became US mainstream, before concluding: “no one knows how”. Still, slán remains at least marginally more plausible that shalom or salaam, which as the lexicographers point out are both greetings, not farewells, and are therefore “disqualified”.

Another element of the “So Long mystery” is that one of the first Americans to use it in print was the poet Walt Whitman.  His masterpiece Leaves of Grass, first published in 1855, has a whole subsection titled “So Long”, in which the phrase is a recurring theme.

Only a handful of people had committed the term to writing before him, so readers were understandably confused about what Whitman meant.

When one friend sought enlightenment, the poet explained it was a “salutation of departure”, with the implication that those exchanging it would meet again “sooner or later”.

As for where he had heard it, the Brooklyn-resident Whitman didn’t specify any ethnic group. Instead, he confined himself to suggesting that the phrase was already much used then “among sailors, sports, & prostitutes”.

1 Connell losing touch with the club championship is the real tragedy of Normal People
2 Irish tourists excluded from visiting Greece as country begins its tourism season
3 We need to pay very close attention to what is happening in Britain now
4 Coronavirus: Nine more deaths reported in the Republic
5 SpaceX crew onboard rocket ahead of landmark launch from Florida
Real news has value SUBSCRIBE