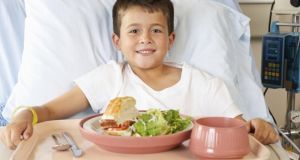 The second step comes next month with the inclusion of another 36,000 people aged 70 or older.

How do we provide it? We should always start with Healthy Ireland, the Government-led programme to improve our personal and public health. It’s the best way to tackle rising health costs in the long term. We have reduced the number of smokers by half and saved thousands of lives and these efforts will continue with the introduction of plain-packaging for cigarettes next year.

I look forward to piloting our first ever public health legislation on alcohol through the Dáil and Seanad, and publishing new action plans on obesity, physical activity and sexual health this year.

Next is building up primary and social care. The Government has already expressed its desire to extend GP care without fees to all children in a second term, if we are re-elected.

We are already showing form on chronic disease, with better asthma care written into the new under-six contract, and a new diabetes contract for GPs starting later this year, alongside better access to ultrasound at primary care level, and a minor surgery pilot.

However, I would not like GPs to become de facto public servants, entirely dependent on the State for their income. Their autonomy is one of the things that makes General Practice work in Ireland.

Different ways to cover adults who are not already covered for free access to primary care, by refunding some of their health care costs through social insurance, as we used to for dental treatments, could be examined. Getting something in return for the Universal Social Charge?

Primary care is not just about GPs and dentists: therapists, nurses, community midwives, social workers and psychologists play an increasingly important role. Despite an increase in posts under this Government, we still need many more.

Community pharmacists are enthusiastic to do more. They want to manage patients, as well as dispense prescriptions. We should help them do this.

We also need a modern scheme to cover or subsidise the cost of medicines for all patients. Currently, there are three different schemes with lots of overlaps and anomalies. There are now almost 90 primary care centres up and running, with a new one being opened every month. This is impressive but it needs to be sustained.

We also remain inadequately resourced for home help and home care packages in many parts of the country.

We will never resolve the problems in our hospitals without focusing on all of the above. This is an expensive package, but it should be possible over the next five years.

So what about the hospitals? There are three questions about funding hospitals:

“ And how is it collected?

An underfunded service will be a poor service, no matter how it is organised. With the current levels of specialist doctors, midwives and nurses, critical care beds and other capacity, no system of universal healthcare will be able to deal with unmet demand.

In other words, no matter how much you reform the current system, unless you have the necessary resources in place you won’t get rid of waiting lists and overcrowding. A new system of universal healthcare which puts everyone on a lengthy waiting list – albeit everyone waiting for the same length of time – won’t have much appeal.

It’s estimated that satisfying unmet needs would cost between €700 million and €1 billion, on top of the natural increase needed yearly to cope with a rising, ageing population. It might seem a lot, but it would only restore health budgets to where they were eight years ago. No form of universal healthcare is possible unless we are willing to find the resources needed to make it work, whether they come from the Exchequer or from an insurance-based system.

And even then, it will never be enough if you don’t spend it well and efficiently. That’s why we need to develop autonomous hospital groups, placed on a statutory footing as providers of hospital care.

On top of it all, we need a health commission to assess demand, allocate the funding, and set models of care.

Of course there is a price tag to any new set-up or major reform of this nature. The funding required cannot – and should not – be taken away from frontline services.

The third question is: how do you collect the money? Do you take it from tax, from social insurance, from health insurance, or from out-of-pocket payments, or some form of combination?

It doesn’t matter that much how you collect the funding, so long as you deal with the first two questions: is there enough funding, and is it spent well?