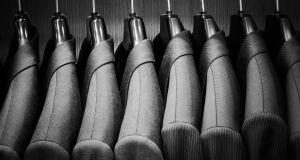 Low levels of diversity among key decision-makers in banks and other financial services firms create excessive risks and inhibit necessary cultural change. While some firms are starting to make progress, much more needs to be done to increase the diversity of experience, thought, background and attributes at senior levels; to reduce the likelihood of groupthink; reduce over-confidence; improve decision-making; increase the level of internal challenge; and reduce resistance to external challenge.

Similar people looking at similar information and facing similar circumstances are, unsurprisingly, likely to rely on similar assumptions and make similar decisions. This type of groupthink contributed to the depth of the financial crisis internationally and in Ireland, and also contributed to many of the conduct scandals that have subsequently emerged.

Indeed, the Central Bank considers a lack of diversity at senior management and board level to be a leading indicator of heightened behaviour and culture risks in financial institutions. Alison Cottrell, chief executive of the UK Banking Culture Board, has noted that diversity does not make questioning and challenging nascent or established practices easy, but uniformity is a poor starting point from which to encourage it.

This is why when the Central Bank looked at the behaviour and culture of the five retail banks in the aftermath of the tracker mortgage scandal, we also conducted diversity and inclusion assessments. Our analysis and inspection work evidenced that the banks are at an early stage of development in their approach to diversity and inclusion.

Gender diversity is only one aspect of diversity. However, it is a very important one, and one that is relatively easy to measure. It is striking that women remain seriously under-represented at senior levels in the banks (and across financial services), despite the fact that the banks’ main focus is on improving gender diversity.

For example, to the end of 2017, men had been appointed for more than nine out of 10 of the most senior and influential roles in the banks (chairpersons, chief executives, chief finance officers, heads of business lines and so on). Many of these appointees have similar backgrounds, education and experiences. In other words, there is an acute lack of diversity in those senior roles that are central to how banks make their decisions, set their risk appetites and treat their customers. The issues identified in the banks are also evident across the financial services sector.

While some banks have made good progress in the past year or two, some are adopting a bare minimum approach. Of course, some banks were better than others. The ones that are most committed to becoming more diverse and inclusive are focusing on the levels below the board as well as at the board level and are beginning to expand their efforts beyond gender to other aspects of diversity.

We found that targets for diversity at board level have been set, but some of these have been set at levels already achieved and most are limited in terms of ambition and are somewhat one-dimensional as they place a significant emphasis on gender. In short, too many of the banks are setting the bar too low.

When it comes to diversity and inclusion, doing the bare minimum is not enough

We have clearly set out our expectations of the five retail banks as part of the Behaviour and Culture review. We have told each bank to submit an outcome-focused strategy supported by an implementation plan by November 30th. We expect each plan, at a minimum, to include clear expectations, implementation targets and consider a range of measures of diversity.

We will also be undertaking further work in 2019, to drive improvements in diversity and inclusion across the financial services sector, including banking and insurance. Running alongside our other work, we believe this is important from a crisis-prevention perspective and improving the understanding, consideration and treatment of their customers.

The financial services industry needs to be in a position to attract, retain and harness the talent and contributions from the broadest possible range of staff to innovate and compete.

There is plenty of diversity and inclusion talk at senior levels in corporate Ireland these days. However, lip service is not enough; the time has now come to walk that talk.

The Central Bank expects to see meaningful progress on diversity and inclusion at senior levels in regulated financial services providers. And, if we don’t, we will have to consider putting further specific requirements in place.

When it comes to diversity and inclusion, doing the bare minimum is not enough.