It is too soon to worry about the property market overheating 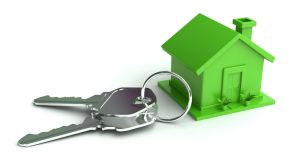 Over the past two weeks, we have all been inundated once again with property stories. Headline grabbing figures of double-digit growth, concerns of an over-heating property market. Not surprisingly perhaps, this was met with typical name-blaming response. This must be the Central Bank’s fault, or this is because of the help-to-buy scheme, etc.

However, before we go down the route of blaming all and sundry let’s look at the facts.

Firstly, on the question of over-heating the economy. We completed less than 15,000 units last year. We have a long way to go before we are over-constructing. Our latest forecast, based on the preliminary census statistics, suggest that we need to be constructing 36,000 units per annum in the next decade. As such we have a steep upward climb ahead, and we need to adjust accordingly.

Because we were building properties for the trade-up market, the average value of new homes sold has been increasing by double digits annually

This pressing need for housing was the reason the help-to-buy scheme was introduced in Budget 2017. One of the reasons that completion rates had been slow to recover was a lack of end-user demand. This lack of demand from first-time buyers and arguably investors had pushed developers into supplying more expensive trade-up properties for which end-user demand was stronger.

Because we were building properties for the trade-up market, the average value of new homes sold has been increasing by double digits annually, by 28 per cent in 2015 and 15 per cent in 2016, yet this was largely ignored until this year, when it was blamed on the help-to-buy scheme.

The help-to-buy scheme should deliver a larger volume of less expensive properties, once it is given time

The most recent data from the property price register reveals that approximately 5,700 new dwelling sales were recorded during 2016, representing an annual growth of 17 per cent, with Dublin sales up 50 per cent. More recent data from Sherry FitzGerald new homes reveals a 63 per cent increase in the volume of sales in the Greater Dublin Area (GDA), in the opening quarter of 2017. This is a very positive step in the right direction of supplying much needed homes into the market.

Interestingly, an analysis of our new homes for which a sale was agreed during the first quarter reveals that first-time buyers dominated, accounting for 71 per cent of the total new homes sales in the GDA.

In summary, over the past 15 months we have achieved a notable increase in the volume of new homes sales both nationwide and, critically, in Dublin, and the most recent data suggests that first time buyers are dominating the purchaser profile. By any standard, that this a positive outcome.

In relation to the issue of price inflation, it is fair to say that the commentary over the past few days about double digit price inflation may appear worrying. However, average prices in Dublin and Ireland are still approximately 40 per cent below the average value in 2006. This piece of data is rarely shared in much of the discussion on price performance – how much prices expand this year needs to be put into context of where we are in the cycle. That said, I am not for a minute suggesting that price levels in 2006 should be viewed as a target – quite the contrary.

We also need to look at the increases in capital value in the context of not only the cycle but also the wider marketplace. Notably, rental levels have already returned to peak in most locations.

The increase in rents reflects the mismatch between demand and supply in that market. This could arguably be partly attributed to delaying first-time buyer demand over the course of 2015 and 2016 due to stringent macro prudential policies. The moderate relaxation of those rules has facilitated an increase in demand from first-time buyers. This will inevitably fuel higher price growth until supply increases. However, let’s not throw out the solution just because we are not happy with the short-term impact of the policy.

In conclusion, what does all this mean for the much-debated Irish property market? Firstly, I should say that I am always fearful of market intervention as it can have undesirable and unpredictable outcomes. However, the Government’s programme of rebuilding Ireland, launched in July of last year, is well intentioned and early indications are that it will lead to a more stable market, but it needs to be given time to work. If we persist in chopping and changing policy on the back of headline grabbing commentary, we are never going to get a stable market.

1 Conor McGregor stops Donald Cerrone in 40 seconds on UFC return
2 Harry and Meghan will no longer be working members of British royal family
3 I rationed sex in my marriage for 20 years - but since menopause, my libido has rocketed
4 I’ve handed in my notice and I’m leaving Brexit Britain
5 Mary Lou has to call for the smelling salts as SF councillor deals a knock-out blow
Real news has value SUBSCRIBE