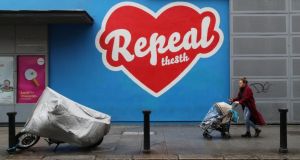 ‘An ideologically uniform media erects a public sphere that is dismissive toward the views of a large contingent of voters, raising serious concerns about the inclusiveness of Irish democracy.’ Photograph: Niall Carson/PA Wire

John Stuart Mill, an ardent defender of freedom of the press, wrote in his 1859 tract On Liberty: “There is the greatest difference between presuming an opinion to be true, because, with every opportunity for contesting it, it has not been refuted, and assuming its truth for the purpose of not permitting its refutation.” Opinions, for Mill, must be tested by opposing arguments, otherwise they become little better than dead dogmas that may be adhered to zealously yet with little rational warrant.

Mill’s argument, if valid, entails the need not only for a free and independent press but also for an ideologically diverse press. From a Millean perspective, a national media that speaks on a host of controversial issues with one voice, no matter how much freedom it enjoys, is likely to perpetuate unthinking dogmatism and superficial, unreflective discourse; a uniform media has little incentive to put its own dogmatic commitments to the test or to take seriously opposing arguments.

Indeed, in a climate of ideological convergence, many journalists can afford to make lazy, ill-thought-out arguments, since they know they are unlikely to be challenged by their colleagues as long as they do not stray too far from the ideological fold. In short, they can expect most days to be given a free pass, so long as they remain “on side”.

This is exactly what has happened in Ireland, now home to a sort of “lazy liberalism,” in which journalists view their ideological adversaries as soft targets. who can be taken down with shallow and emotionally charged arguments. It is also a place in which some form of “progressive” creed, or whatever passes as “progressive” these days, can be defended in a dogmatic and self-righteous tone that one would normally associate with an old-fashioned religious pulpit.

Ireland’s print, radio and television media, instead of offering a vibrant forum of national debate, have become an echo chamber of a certain segment of Irish opinion. Namely a hodgepodge of “progressive” or “liberal” positions on hot-button issues and a thinly veiled if not outright hostility toward traditional Catholicism. With a few rare exceptions, whatever television or radio station you tune into, whatever newspaper you pick up in this country, you are met with a deafening consensus on a host of social and moral questions, from abortion and same-sex marriage to education, transgender ideology, and the value of religion.

A sizeable portion of Irish people continue to believe in traditional values that have been cherished by Christians since ancient times: heterosexual marriage, the equal dignity of all human life, and the value of religious education. Yet Irish journalists frequently treat traditional Christian values and practices as benighted, tend to view religiously informed curricula with suspicion, enthusiastically support same-sex marriage, and overwhelmingly view the legalisation of abortion as a form of social progress.

Now, there is obviously nothing intrinsically wrong with an individual journalist or media organ expressing their opinions or promoting their values. However, there is something deeply troubling about a media culture that, with very few exceptions, represents a limited segment of liberal opinion, in a country that is in fact ideologically, morally and culturally divided on many important issues.

Most journalists are oblivious to this problem, since they probably view ideological convergence as a sign of collective enlightenment. But experience and common sense suggest that an ideologically uniform media fatally undermines the quality of public debate. Firstly it confers cheap authority on contestable opinions by giving the impression that they are immune to serious challenge. Second, it gives journalists a licence to attack and denounce their ideological adversaries with reckless abandon, since they know they will not be held to account by most of their media colleagues. Third, the self-congratulatory and uncritical character of much media debate promotes ideological intolerance and groupthink in homes and workplaces across the nation.

Last but not least, an ideologically uniform media erects a public sphere that is dismissive toward the views of a large contingent of voters, raising serious concerns about the inclusiveness of Irish democracy. Unless one believes that the 33 per cent of voters who opposed abortion up to 12 weeks, or the 38 per cent who opposed same-sex marriage, should be stripped of their citizenship, the media’s failure to fairly represent their views should raise alarm bells for any friend of democracy.

A media that moves in ideological lockstep is something we should all be worried about. We all have a stake in the development of an intelligent, thoughtful, informed and engaged citizenry, and in a class of journalists that is intellectually alert and self-critical, and held to account on a regular basis for what they write.

It is incumbent upon dissenters from the current liberal orthodoxy to develop credible alternatives sources of news and commentary, whether in mainstream or social media outlets. Apart from advancing their own political and social causes, they would be revitalising Ireland’s media and doing a tremendous service to Irish democracy.