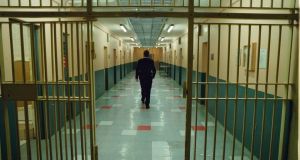 Of the 359 prisoners serving life sentences in Irish prisons in 2017, 344 were committed to prison for homicide.

Life sentences are a form of indeterminate prison sentence, meaning that when imposed there is no guarantee that a person will ever be released. Following the abolition of the death penalty, a life sentence is the most draconian penalty a court can impose and therefore such sentences are usually reserved for the most serious offences, such as murder. Most countries have some form of life sentence, although a number of countries (33 in total) do not allow their use.

In most contexts where life sentences are imposed there are processes in place to consider the possibility of a person’s release from prison after a period of time and usually under some form of post-custodial supervision. However, in 65 countries worldwide life imprisonment can be imposed without any possibility of release. Recent research has shown that the numbers of life-sentenced prisoners worldwide is rising and that there is significant global variation in their use.

A number of factors have driven this rise. One important contributor is mandatory sentencing. Under Irish law a life sentence is mandatory for an offence of murder. Many European countries do not proscribe such mandatory sentences. Irish courts also have the power to impose discretionary life sentences for other serious offences, although such sentences are much less common. Of the 359 prisoners serving life sentences in 2017, 344 were committed to prison for homicide, 12 for sexual offences and three for attempts/threat to murder, assaults, harassments and related offences.

The mandatory life sentence for murder does not allow courts to calibrate sentences in the manner that they would ordinarily do so in criminal cases. In criminal sentencing more generally courts must consider the circumstances and harm caused by an offence, as well as the culpability of the offender and other relevant background characteristics. In other words the sentence must be proportionate to the crime and to the individual offender.

A mandatory life sentence by its very nature dispenses with these broader considerations. While the removal of discretion from the judicial realm may be viewed as desirable by some, there is no doubt that mandatory sentences have been a driver in the growing proportion of life-sentence prisoners in Ireland.

A further factor contributing to the high proportion of life-sentence prisoners in the prison population has been the overall increase in the time a person serves in custody before being released back into the community. The case of a person serving a life sentence will first come before the Parole Board after seven years in custody. However, in reality at this point there is no prospect of release.

The time “lifers” spend in custody has increased substantially over time, from an average of 7½ years in the 1970s to today where the average time spent in prison is 18 years. The latest annual report published by the Parole Board shows that in 2017 the board recommended to the Minister for Justice the release of 21 life-sentenced prisoners on a phased basis, and the Minister accepted these recommendations.

A distinct feature of the Irish system for releasing life-sentenced prisoners is that the role of the Parole Board is advisory. The board is not constituted on a statutory basis and the Minister makes the final decision on release. This lack of separation of powers and the potential for political interference has been subject to criticism.

The particular challenges of the management and release of life-sentenced prisoners are set out in a report published by the Irish Prison Service last year – Examination of the Sentence Management of People Serving Life Sentences. This report identified the need to introduce meaningful sentence-management plans for life-sentenced prisoners and to reduce delays in the parole process. In some instances the reports relating to prisoners sat on file for a year before their cases were reviewed by the Parole Board.

The need to introduce legislative reform in the area of prisoner release has long been recognised. The Government has committed to introducing legislation that will establish the Parole Board on a statutory basis. The move to provide legislative clarity in this area is welcome. However, the proposed legislation outlines that life-sentenced prisoners will not be eligible for parole until 12 years into their sentence. In light of the concerns regarding the volume of life-sentenced prisoners in the Irish prison population this seems an unnecessarily limiting approach, particularly in the context of a restrictive mandatory sentencing framework. Addressing both sentencing and release should be legislative priorities.