Ireland needs to have a public policy on artificial intelligence 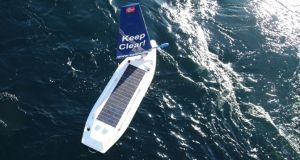 In late August, 80 days and 3,000 kilometres after setting off from Newfoundland in Canada, a small boat sailed into history when it arrived off the coast of Ireland. Just two metres long, the SB Met became the first unmanned vessel to cross the Atlantic Ocean. The boat made the journey entirely on its own, autonomously navigating its way through some of the worlds roughest seas before arriving at Irish shores.

The vessel is the latest advancement in the burgeoning field of artificial intelligence (AI). We have had ATMs for years and self-check outs at Supermarkets and self check-in at airports are commonplace. For the future think driverless cars or synthetic surgeons carrying out operations in automated hospitals. Picture robotic lawyers, investment bankers, or even, dare I say it, auditors, advisers and consultants.

We are not there yet, but when we arrive - as we will - this latest industrial revolution has the potential to seriously disrupt society and raises major issues for regulators, policymakers, educators and businesses that need to be addressed today. Already the Irish public has shown some concerns. Recent research from Lero, the SFI Irish Software Research Centre revealed that almost half (49%) of Irish adults under 34 years of age are worried about robots or artificial intelligence (AI) replacing their jobs.

There has already been a rapid proliferation of AI into our daily lives in recent years and this will only accelerate further. Whilst it will take time to absorb into the mainstream, AI will transform the world we live in, disrupting entire industries, displacing jobs, upending training and education and dislocating social structures in the process, hence the need for a robust and informed debate about the impact of AI on our lives and the policies we need to implement to take advantage of the opportunities AI presents and the challenges it poses.

Machines are getting faster and faster at analysing data, asking the right questions and automating complex workflows with massive implications for vast sections of the workforce. From semi-skilled workers on factory lines to highly trained professionals doing complex tasks, if a machine can do your job, regardless of what that job is, are you still needed?

Despite concerns, the answer seems to be a resounding yes. We have conducted research that found that 96 per cent of Irish chief executives expect AI to create more jobs than it will destroy. However it is clear that the jobs we do will change. Inevitably some jobs will disappear, others will be enhanced and many new jobs will be created. Granted, some jobs, particularly those requiring emotional intelligence and innate personal empathy, will be harder, if not impossible, to replicate.

The impact of such change will be profound. In its Future of Jobs report, the World Economic Forum has estimated that more than 75 million jobs may be lost over the coming four years as companies shift to more automation. However, it notes that 133 million new jobs will emerge during that time period as businesses develop a new relationship between people and machines.

This will mean major structural changes as businesses expand the use of artificial intelligence and automation technologies. Many jobs we know today will not exist in ten or 15 years’ time. Yet, many young college students will work in sectors of the economy that have not yet been conceived. This has always been the case. But AI, robotics and automation are hastening the pace of that change.

With some notable exceptions, Irish and international experience of planning for the future has too often been poor and characterised by short termism and a lack of vision. It crucial that this change is managed differently - thoughtfully and properly, because, if done poorly, it will widen the skills gaps and create greater inequality. But, if we get it right, we have the capacity to transform the workplace, improving both quality of life and productivity at the same time.

The AI conversation needs to include many fundamental issues related to changes in work patterns - including issues like pension policy, social welfare structures and even taxation and the debate needs to start now. We need to be agile, and willing to adapt to what comes next. This includes businesses, policymakers and regulators, many of whom are still grappling with digitalisation. To reap the benefits, we need to start re-skilling and up-skilling staff to ensure that we are not left behind and the Irish education system needs to be recalibrated to take account of where future jobs will exist.

The speed at which AI is evolving raises important ethical and wider societal issues. It is essential to understand that AI isn’t just about automating existing processes. Importantly, what sets this development apart is the spectacle of machines both “learning and doing”. However, its uses (or misuses), and its potential impact, are significant. Given its potential to exceed the impact of the previous industrial revolution, regulators and consumers in some jurisdictions are rightly demanding more transparency about how AI technology works and its social impact.

AI has the potential to improve our world in so many ways. However, the potential impact of AI on, for one, jobs, is too significant to be left to the developers and owners of AI alone. We debate many public policy issues in Ireland. It is time for us to talk about AI.

Shaun Murphy is managing partner of KPMG in Ireland