Ireland must reconsider its use of commissions of investigation 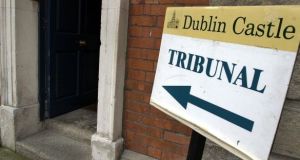 The performance of the Disclosures Tribunal has cast doubt on our reliance on commissions of investigation as the preferred option of public inquiry.

Last week marked the 15th anniversary of the enactment of the Commission of Investigation Act 2004, which established the eponymous commissions with functions that included investigating and reporting on matters of public concern, following referral from Government.

One of the main goals of the legislation related to both time and money – at the time it was argued that the commissions would allow for more timely and cost-effective investigations when compared to Tribunals of Inquiry, with one of the key differences being that a commission would sit in private rather than public. After almost 15 years in operation, the question of whether this legislation has been successful in its goals is debatable.

During the 1990s, tribunals were part and parcel of Irish daily life. The names of Finlay, Flood, McCracken, Moriarty, Mahon, Lindsay, Barr, Morris and Smithwick are now synonymous with the various tribunals they chaired and their contribution to democracy is unquestionable. A recent example is the appointment of an independent planning regulator by the Government in December 2018 – one of the key recommendations of the Mahon Tribunal.

Yet they were costly exercises in democracy. By 2003, it was estimated that the cost of these inquiries had reached €100 million and would continue to grow. In 2003, the Law Reform Commission (LRC) published a consultation paper on public inquiries and tribunals of inquiry. One of its recommendations called for legislation providing for “private, low-key inquiry which focuses on the wrong or malfunction in the system and not the wrong-doer”. The 2004 Act duly followed this recommendation, although it appears that the then government was already considering a new method of inquiry prior to the commission report.

Nonetheless, the Fianna Fáil and Progressive Democrat coalition should be commended for the speed with which it enacted this legislation following the report by the Law Reform Commission, particularly given the fact that in recent times, a significant amount of legislative reform proposals put forward by the commission are regularly ignored and left to gather dust.

The result of the legislation and the subsequent introduction of commissions of investigation sounded the death knell for tribunals and, at the time in 2004, one would have been hard-pressed to locate a person who had not grown tired of their existence, save possibly for lawyers and journalists.

When one examines the various commissions of investigation that have been set up since 2004, there is no doubt they have been more cost-effective when compared to the tribunals of the 1990s and early 2000s. In March 2019, it was estimated that for the six tribunals established from 1997-2006, costs totalled in excess of €340 million. In comparison, the 11 commission of investigations established since 2004 have cost only €28.6 million to date.

Based on this analysis alone, the 2004 legislation must be heralded as a success. However, the performance of the Disclosures Tribunal, the first tribunal to be established in more than a decade, has cast doubt on the reliance on commissions of investigation as the preferred option of public inquiry.

It was suggested hearings in private would lead to enhanced co-operation. It appears the opposite has occurred

Chaired by Mr Justice Peter Charleton, in its first module, the tribunal sat for 100 or so days, produced two interim reports and cost €2.9 million. Charleton followed the reasoning set down by Justice Costello that a tribunal’s functions are inquisitorial, not adversarial, and as someone who sat through many of the hearings, this maxim was followed to the letter.

And there may be further potential for improvement. Speaking at the Magill summer school this week, Charleton made the point that opportunities for cross-examination by teams of lawyers at tribunals could be reduced, with the responsibility for this falling mainly to the tribunal itself.

This is a helpful suggestion, which may further reduce the cost and time of tribunals and prevent the legal challenges and delays which plagued the tribunals of the 1990s.

In contrast to the Disclosures Tribunal, a number of commissions established around the same time appear nowhere near conclusion. At the beginning of June, the IBRC commission, established in 2015 to investigate the sale of Siteserv, has been granted another extension, to March 2020.

The answer may lie in the fact that commissions conduct their business in private, away from the eye of both the public and the media. Originally, it was suggested that holding hearings in private would lead to enhanced co-operation, however, it now appears the opposite has occurred.

This is not surprising – one of the cornerstones of a healthy democracy is that trials are generally conducted in public. Although tribunals and commissions are not exercises in judicial function, the same principles still apply. This was highlighted by former chief justice Ronan Keane, who stated that as the main object of an inquiry is to allay public concern “that object of course will be defeated if the inquiry as a general rule is to be conducted in private rather than in public”.

The benefit of conducting hearings in public are obvious, yet should not be underestimated – they keep all parties to the inquiry on their toes. If a particular witness is wilfully not engaging with an inquiry, the public can be made aware of this, either through attendance or media reporting. Yet if the same is happening with a commission sitting in private, we may never learn of its occurrence.

It is therefore not surprising that commissions have caught the attention of the Public Accounts Committee, which has stated in its latest report, “There is not an effective control of costs for tribunals and commissions of investigation which take longer than anticipated or whose terms of reference are extended.”

The PAC recommended the Government put in place a new mechanism to manage the costs, yet what would be more beneficial is if the Government sought detailed explanations for the reasons behind the delays in reporting. After 15 years in operation, commission of investigations have no doubt contributed to Irish society. However the continued reliance on them to investigate matters of public concern should be reconsidered.