‘We are addressing the major causes of greenhouse gas emissions’ 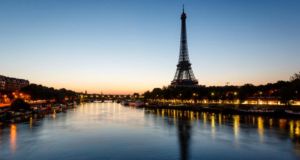 ‘During our meeting (the Summit of European Mayors for Climate: on the road to COP21) in Paris, on March 26th, we pledge to move further with our respective “climate plans”.’ Photograph: Getty Images

If climate change is global, solutions are first and foremost local. Because large cities are at the crossroads of these two levels, they are at the forefront of the fight against climate change.

This is why, we, (on behalf of) the European capitals and metropolises that represent more than 60 million inhabitants and have significant investment capacity (€2,000 billion GDP), have decided to join forces and strengthen the instruments that will lead us toward the energy and environmental transition.

We are addressing the major causes of greenhouse gas emissions: polluting transport, old and/or poorly isolated buildings and energy supply. In parallel, we are launching ambitious projects to tackle urban sprawl, (re)introduce nature and biodiversity in our cities, improve recycling, fight against waste, move us towards a circular economy, prioritise public transport, increase electrical mobility, refurbish buildings and improve energy efficiency. Job creation and the seeking of partnerships with rural neighbouring territories are a crucial challenge to succeed. During our meeting (the Summit of European Mayors for Climate: on the road to COP21) in Paris, on March 26th, we pledge to move further with our respective “climate plans”.

The second level of action is the European level. The time has come for European capitals and metropolises to pool our efforts to tackle climate change. This requires a closer dialogue between cities through a more regular exchange of expertise and good practices. The European diplomacy of cities, respectful of the diversity of territories and local cultures, intends to gain rapid and sustainable momentum. Within the European Union, it must be better supported by the European Parliament and Commission and should benefit from direct European funding.

We must proceed even further by promoting the co-ordination of public investments on a voluntary basis. Together, European metropolises represent a substantial public procurement market of about €10 billion per year and this has a leverage effect on the private sector that very often aligns its own requirements with the public sector.

This funding should be concentrated on the “green” sectors of the economy and “low carbon” industries (modernisation of production tools and innovation) and services. This is the initiative we are launching in Paris on Thursday: we strive to co-ordinate our public procurements to bring about the emergence of a more ecological offer. The Europe of cities is going to take shape through this bold and collaborative approach.

Lastly, we must be more involved at the global level. The efforts we are making, the policies we are pursuing in our cities must contribute to the adoption of a global agreement on climate. We must build on our networks of cities and local governments involved in climate action to create new global governance.

Since the Earth Summit in Rio de Janeiro in 1992, 23 years ago, the United Nations has been trying to achieve an international consensus on the issue of climate change while its effects continue to worsen. Today, we have no alternative. The next climate summit in Paris in December 2015 must show that we are fully aware of what is at stake. European metropolises are already acting by proposing local solutions to tackle climate change.

On Thursday, we will join other cities across the planet – in North and South America, in Africa, in Asia – which implement innovative local solutions. Together, thanks to the cities gathered in networks and in collaboration with citizens, NGOs, the scientific community, entrepreneurs and businesses we will make a difference.

Because cities are among the major contributors to climate change, it is our duty to find viable paths for our future. This is the full measure of the synergy between the mayors who are determined to share globally the solutions they have found locally.