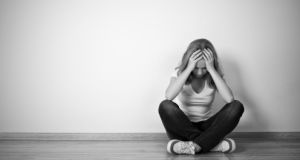 We want mental illness to have parity with physical illness, but at the same time, we’re setting it apart. File photograph: Thinkstock

Conversations about mental health and the occasional lack thereof are featuring in the media more and more. This is badly needed, and I don’t need to reiterate the reasons why; many people have already expressed it far more eloquently than I could. But, my concern is that the current media representation of these issues is in danger of doing the subject more harm than good by having a really restricted focus in terms of how mental health problems manifest, who they affect, and how they are managed.

I have borderline personality disorder which occasionally joins forces with severe depression, and as a service user/patient/client (take your pick, we’re still a little fuzzy on terminology) it frustrates me when I see the same stories being told over and over again, the same limited number of issues being discussed, the same ‘solutions’ being presented.

One could be forgiven for believing that the only issues that affect people are depression and anxiety, that it’s only our younger population who are impacted, or that exercise will fix everything. While these are all valid points, they are merely the tip of the iceberg.

If this is frustrating for me, someone who has lived through it, how frustrating must it be for others? Apart from anything else, this is an incredibly sanitised version of the reality of living with and managing a mental illness. It’s messy, it’s hard work, it takes a long time to get to grips with and can have a huge impact on those around us. There’s no quick fix, no one size fits all cure, and there are often many backward steps.

I realise I run the risk of alienating an awful lot of people in saying all of this. As with everything, there are degrees of severity. When I’m mildly depressed I don’t want to exercise, but chances are with a bit of effort I’ll be able to make myself do it and be glad I did. But in a more severe state? Well then I’ll mostly be working on fighting against the urge to kill myself, which leaves precious little energy for anything else.

I would love to hear more than the one or two voices who are currently at the forefront of this debate, particularly when those voices are focusing on being out the other side. When I’m in a bad way, that doesn’t encourage me or give me something to aim for. I’d go so far as to say it does the exact opposite, because I feel I will never be able to get to that stage, so why bother trying? I’ve written about this more than once on my blog, and response from readers has confirmed I’m far from the only one who feels this way.

There’s also the issue of giving voice to different groups within our community - those of us who are that bit older, who aren’t hearing about it in school or college, who don’t have ready access to social media. What about workplace mental health? Or those who aren’t working? And let’s not forget the many of us who aren’t depressed, but are living with a wide variety of other conditions. Who are the voices for these groups?

Language has a huge part to play in all this. We’ve come up with a way of talking about mental illness that separates it from physical illness, and I believe this is making it far more complicated than it should be. For starters, there’s the fact that we’re using the term ‘mental illness’ in the first place. We would never say ‘I have a physical illness’. We’d say ‘I have the flu’. Why should any of the many and varying mental health conditions that people live with be treated any differently?

We want mental illness to have parity with physical illness, but at the same time, we’re setting it apart. The two go hand in hand and should not be separated. When we’re physically unwell, it’s very difficult to have a positive and upbeat outlook. When we’re mentally unwell, it’s very difficult to physically do the things that we know will help. One feeds into the other, one can’t exist without the other.