How we will stamp out harassment in theatre and arts 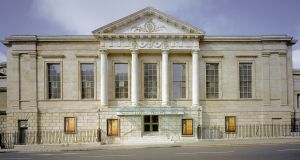 The Gate Theatre, Dublin: the actions of the courageous women who spoke out in relation to the Gate are proving to be a catalyst for change and reform

Last Friday, the Gate Theatre accepted the recommendations of a review conducted by workplace relations expert Gaye Cunningham regarding allegations of inappropriate behaviour and abuse of power.

It also apologised to those who experienced the behaviours reported to Cunningham in her review, “where people felt unable to invoke existing grievance procedures and where a culture existed in the Gate which was not conducive to people speaking out freely”.

The courageous approach taken by the women who spoke out in relation to the Gate ensured we were made aware that the issue of abuse of power and harassment in the arts sector was one that we could not ignore in Ireland.

The actions of those women are proving to be a catalyst for change and reform. The open letter in this publication on January 17th, signed by 72 female theatre professionals, called for an industry-wide discussion to “help establish the supports and mechanisms needed to challenge the culture which has made abuses of power commonplace”.

Last November, my predecessor, Heather Humphreys, met with leaders of Irish theatre organisations who had co-signed a statement condemning sexual harassment and abuse of power in theatre in Ireland. The meeting focused on how the theatre sector, in particular, could come together to discuss the issues that have arisen. It was agreed that my department would assist in any practical arrangements in this regard.

Since November, we have taken this forward with Irish Theatre Institute, a resource organisation that nurtures, promotes and drives the ambition of theatre makers and theatre. The institute is engaging with the wider theatre sector and with representatives of the 72 signatories of the letter to see how best to bring the sector together with a view to providing safeguarding actions that would address, with rigour, the concerns of artists and workers about abusive culture.

With the support of the department, the institute will host a one-day event for artists and organisations on March 21st in Liberty Hall, Dublin.

Entitled Speak Up And Call It Out: Establishing a code of conduct for Irish theatre, the purpose of this event is to work towards the elimination of abuse of power and to safeguard the future health and wellbeing and career potential of those working in the sector by providing a code of conduct.

I hope the output from the conference can be incorporated into existing measures in the not-for-profit sector while considering if there are additional measures that can be taken for those who operate outside any organised structure.

For example, the governance code, launched in 2012, describes the requirements of good governance in not-for-profit organisations that predominate in the theatre sector as well as in the community, voluntary and the charity sector generally.

It provides a pathway to allow organisations to achieve full compliance with the governance code. Although the code is voluntary, it is becoming increasingly necessary for such organisations to be able to demonstrate that they have appropriate governance.

Minister of State Pat Breen has asked the Workplace Relations Commission and the Health and Safety Authority to undertake a review of their codes of practice on bullying in the workplace.

Separately, the Arts Council, which is funded by the taxpayer, is engaging with its funded organisations to bring about awareness of matters relating to bullying and best governance. A “buy-in” from all of these stakeholders is vital to the success of this appetite for change and reform.

As Minister I intend to be front and centre in implementing these reforms. My department will be organising governance workshops for the organisations that come under the direct remit of my department.

There has to be a clear message accepted universally that a culture of dignity and respect at work is expected as a basic human right everywhere, regardless of the workplace.

Josepha Madigan is Minister for Culture, Heritage and the Gaeltacht