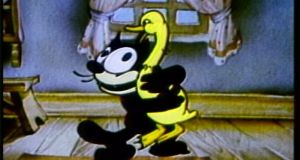 ‘What’s in a name?” Juliet’s pensive question is one that those of us who have an uncommon name sometimes ask ourselves, and it has given me a lifetime’s interest in finding out about those outside my extended family with whom I share my name.

Within my family circle, my paternal grandfather was Felix – and so I had an uncle and have several cousins with the name.

It is derived from the Latin, meaning “happy”, “lucky” or “successful”.

The earliest recorded instance of it is as a nickname for the Roman general Sulla in the first century BC. It also appears in the Acts of the Apostles. Antonius Felix was the Roman procurator of Judea who imprisoned St Paul, and it seems that he was open to setting Paul free in return for a bribe – but this was not forthcoming.

There are many saints called Felix, mostly martyrs of the early Christian era. Probably the best-known St Felix is, however, the bishop who evangelised East Anglia in the seventh century and in whose honour Felixstowe is named.

St Felix of Cantalice, an Italian who died in 1587, was the first Capuchin friar to be canonised and the subject of a fine painting by Rubens.

Five popes have taken the name Felix, two of whom were anti-popes. The last was a saintly Duke of Savoy who reigned as anti-pope Felix V from 1439 to 1449. Pope Felix III was a great-grandfather of Gregory the Great, pope from 590 to 604; those were the days before compulsory clerical celibacy.

In the modern era, the most famous bearer of the name is the composer Felix Mendelsson, whose works include the ubiquitous wedding march.

Felix Frankfurter was one of the most influential justices of the US Supreme Court in the 20th century, and Félix Faure was president of France from 1895 to his death in 1899.

Felix Dzerzhinsky was a Bolshevik revolutionary who founded the Cheka, the precursor of the KGB, in the Soviet Union.

Prince Felix of Denmark is the grandson of Queen Margrethe and eighth in the line of succession to the throne.

The Dictionary of Irish Biography lists five people with the name Felix, of whom Prof Felix Hackett (1882-1970), physicist and UCD professor, is the most noteworthy. Among the others, Felix Ua Ruanada was a reforming archbishop of Tuam in the 13th century.

In literature, George Eliot wrote a novel entitled Felix Holt, the Radical, set around the time of the Reform Act of 1832 in Britain.

Thomas Mann’s novel Confessions of Felix Krull, Confidence Man: The Early Years was published in 1954; there was to have been a sequel, but Mann died in the following year.

Felix Meecham is a character in Iris Murdoch’s An Unofficial Rose, and James Bond’s American friend and collaborator is Felix Leiter – who, unluckily, loses a leg and a hand to a shark attack in Live and Let Die.

Felix Unger is one of the eponymous duo in Neil Simon’s play The Odd Couple, later a long-running television series.

The name will, however, always be associated with the cartoon character Felix the Cat, who dates back to the days of silent films. He originated in the studio of an Australian filmmaker, Pat Sullivan, in 1919, but was actually the creation of an American animator in the studio, Otto Messmer. Sullivan claimed that he was named after “Australia Felix”, an early name given to parts of the state of Victoria. Felix the Cat failed initially to make the transition to sound, but was revived on American television in the 1950s and has been popular ever since.

Finally, a namesake in stone: there is a building in Amsterdam named Felix Meritis (“Happy through Merit“). It was constructed for a society of that name established in 1776 to promote music, art, science, commerce and literature.

The society disbanded in 1888, and the building later became the headquarters of the Communist Party of the Netherlands. It is now, once again, a centre for art, culture and science – a return to its original purpose.

1 Minister for Agriculture Barry Cowen sacked by Taoiseach
2 Miriam Lord: Martin blooded as Taoiseach after wielding axe on Cowen
3 My aunt never told us that Gran passed away with no will
4 David McWilliams: ‘Ireland is three decisions away from being a perfect country’
5 Gardaí found naked man on a cross being whipped in Dublin club, court told
Real news has value SUBSCRIBE